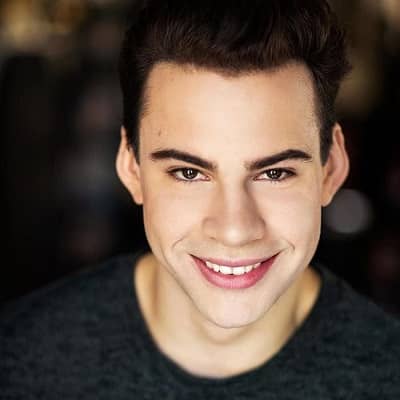 Zac Vran is a dancer, actor, and choreographer from Canada who is also a part of the dance crew "FRESH " which was able to become runner-up in the talent hunt show Canada Got Talent. He is also seen in music videos and films.

By profession, he is an actor and dancer. Zac was a lead dancer in the closing ceremonies for the 2010 Winter Olympic Games which were held at the BC Place stadium in Vancouver, British Columbia. He was also a part of a dance crew named "FRESH " which came as the runner-up on the Canadas got Talent which premiered on 4 March 2012 on the City Network. FRESH dance crew included members like MC Stewart, Ryan Morissette, Devan Isaac, Zac Vran, Matthew Cortez, and Gabe Galedo.
Zac teaches workshops, choreographs internationally, and performs at private and corporate events where he does this thing when he is not busy with shooting The Next Step. Likewise, he was seen in the second episode of My Boyfriends Back which was a popular series that was broadcasted in more than 120 countries. Zac has played many shows and dramas like The Truth, Grey Line, Britney Ever After, iZombie, Mr. Goodbrain part 2, etc., and many others.

Looking at his personal life he is a single boy who is more focused on his career rather than being in any kind of relationship. There is no information about his past relationships and affairs. He hasn't been involved in any kinds of controversy and scandals as he has been able to maintain good character among the people. He is a private person as he doesn't share much about his personal and professional life.

No information about his body measurement, Chest size, Shoe size, biceps, etc. as they are still under review. He has got a height of around 5 feet 8 inches and a weight of around 75 kgs. Likewise, his eye color is brown and his brow hair color.
He is active on social media like Twitter and Instagram where he has got 8.5 k followers on Twitter and 97.9k followers on Instagram.