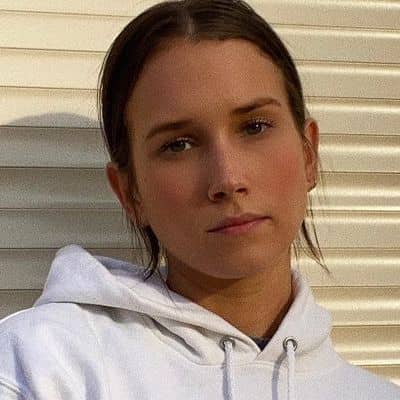 Shannon Beveridge is a social media celebrity and actress. She rose to prominence as a YouTube personality in 2009, when she launched her 'nowthisisliving' channel. She is also well-known on social media platforms such as Instagram, Twitter, YouNow, and Tumblr.

Shannon Beveridge was born on March 19, 1992, in Carrollton, Texas, in the United States. She grew up in Norman, Oklahoma, where her family had relocated when she was very young. Similarly, she attended the 'Price College of Business at the 'University of Oklahoma' after graduating from high school.

She even wanted to come out as a lesbian at a young age, but she put it off because she wasn't sure how her family and friends would react. She later stated in one of her interviews that some of her classmates would express homophobic views based on religious beliefs, which discouraged her from speaking the truth. She went on to say that people often say things just for the sake of saying them and that she still has friends who have spoken out against the LGBT community.

She began writing about her emotions on Tumblr, which eventually enabled her to speak. She also wrote a personal letter to her father in which she explained her sexual orientation to him. Her coming-out story inspired many, and she soon found herself surrounded by fans and followers.

Shannon and her then-girlfriend, Camden Scott, started their YouTube channel on August 27, 2009. She began by posting a variety of videos, including numerous vlogs about her adorable relationship with her ex-partner. Her YouTube channel is quite popular. It has over 603,000 subscribers and over 70 million views, and it represents the voice of the LGBT community. She has always maintained that her channel exists solely to connect with other members of the community.

Similarly, her YouTube channel not only inspires many of her fans and followers, but also provides plenty of entertainment in the form of quirky challenges, hilarious queer slang discussions, and dreamy travel vlogs. She and her then-girlfriend, Camden Scott, started their YouTube channel on August 27, 2009. She began by posting a variety of videos, including numerous vlogs about her adorable relationship with her ex-partner.

They even made a video called 'Why We Broke Up,' which has received over 2.5 million views. She is currently dating singer and actress Cari Fletcher, whom she frequently features on her Instagram page. Their relationship began in 2017. She currently resides in Los Angeles, California.

Shannon is a lesbian. Her height is 5'8" and her weight is 54kg. Her hair is brown in color. Her eyes are a deep blue color. She has a slim physique. Her lips are full and her lashes are long.

You may know like to know about the gossip, dating history, and more about Wyatt Bennett, FlightReacts, Eva James Jenner, Vanessa Merrell