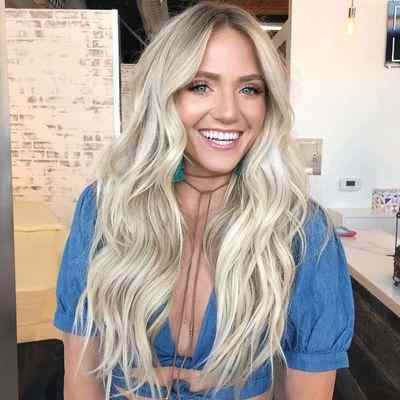 Savannah LaBrant is a famous American vlogger, social media personality, and also entrepreneur. By the same token, she is also a prominent YouTuber. Similarly, her famous YouTube channel named as ‘The LaBrant Fam’ is most popular among her fans and followers.

The birth name of Savannah LaBrant is Savannah Soutas. LaBrant was born on March 2, 1993. As of now, she is 29 years old. Also, she was born in Orange County, California. Savannah’s father’s name is not fully known. He is known as Mr. Soutas. He is a businessman by profession. On the other hand, her mother’s name is Mrs. Deborah Soutas. She is also a businesswoman by profession. Also, she has her elder sister, Chantelle Paige. Chantelle is a prominent vocalist of the R&B girl band ‘Flipsyde’. And, she is also a pop singer.

Moreover, Savannah belongs to American nationality whereas her ethnicity is unknown. And, she was born into a Christian family. LaBrant was born into a dysfunctional family. She does not have her dad alongside her during her childhood. Talking about her educational background, LaBrant was homeschooled at an early age. But, she dropped out of her university after giving birth to her daughter. Nevertheless, she seems to be joining the university for a photography course. But the name of the university is not known.

During Savannah’s teens, she used to work as a model. Afterward, she introduced her website named, ‘litteredrosephotography’. Simultaneously, millions of followers started liking her posts. Likewise, she started to post videos on TikTok. In 2016, she was among the most viewed and followed ‘Muser’ on the TikTok. Nowadays, she has started posting funny and creative videos with a whole family.

Talking about her YouTube career, she had started her YouTube channel, ‘Cole&Sav’. It is now known as ‘The LaBrant Fam’. Besides, she is also an entrepreneur. She has her merchandise website, Savannah.com. In addition, she also endorses several men's and women’s clothing, garments, and accessories brands. Along with it, she also has shoes for kids, and denim available. Also, Nanette Lepore Girls and Rugged Bears are the branded shoes for baby girls whereas Kelvin, Joseph, and Kyrie are the clothes brands for boys to name a few.

Based on some sources and research, the estimated net worth of Savannah LaBRany is approximately around $5.5 million. Nevertheless, she has not claimed some details such as her annual income or salary, personal belongings, and so on. Besides, her primary source of income is through her profession as social media personality and a YouTuber.

Presently, Savannah is happily married to Cole LaBrant. The couple tied the knot on July 9, 2017. Cole LaBrant is a Viner. They had met each other for 2016 the first time. In December 2018, the couple also welcomed their baby girl, Posie Rayne.

Before that, she was dating Tom Smith previously. Unfortunately, their affair could not last forever athey nd got separated after a certain time. Through this relationship, Savannah has also given birth to their daughter, Everleigh on December 14, 2012. Her first daughter was born when Savannah was just 19 years old.

Moreover, Savannah Labrant is more or less 5 feet and 3 inches. On the other hand, her weight is 50 kg. Also, she wears a shoe size 5 US. And, her dress size is 4 US. And, her hair color is blonde in color. Labrang has blue-cored eyes with fair skin tone. Talking about her body measurements, she has a slim body type structure with the measurements of 32-24-32 inches.

On Instagram, the YouTuber, Savannah has her verified account as @sav.labrant. Amazingly, she has over 7 million followers on it. Additionally, she is also active on Twitter as well. Her username on it is @SavannahSoutas with more than 8k followers. Undoubtedly, the famous personality is also active on Facebook with a verified account. Astonishingly, she has over 723k followers on her official Facebook account.