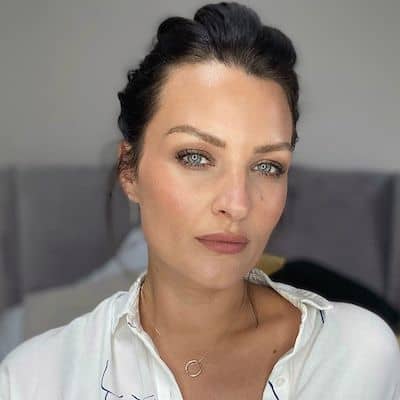 Samantha Chapman is a prominent makeup artist and YouTube personality. She is best known for her beauty and makeup tutorials on her YouTube channel Pixiwoo. Chapman, a former member of the MAC Pro team, has attended numerous European fashion shows and events for the team.

On August 23, 1977, Samantha Chapman was born in England. Her sister, Nicola, is a member of her YouTube channels Pixiwoo and PixiwooMadness. Her two brothers, Jim and John, are also well-known YouTubers.  She graduated from the College of West Anglia with a two-year BTEC in make-up and hairdressing.

Samantha Chapman has been a makeup artist for over ten years. She was a member of the UK MAC Pro team in her early career and frequently traveled for fashion shows and events such as the Milan and Paris fashion weeks. She has collaborated with a number of well-known photographers, including Lord Snowdon and Tony McGee. Her work has appeared in magazines such as 'Tatler,' 'Harpers,' 'Brides,' 'Cosmo,' 'Elle,' 'Company,' 'The Sunday Telegraph,' and 'The Sunday Times.'

To name a few, the English beauty has collaborated with Peaches Geldof, Paul McCartney, Ashley Tisdale, Myleene Klass, Charlotte Church, Liberty Ross, Zac Efron, Val Kilmer, Lily Cole, and Neve Campbell. She currently owns a makeup brush line called "Real Techniques" in collaboration with Paris Presents. The brushes are free of animal cruelty and have not been tested on animals. They have received numerous awards from organizations such as CoolBrands, Xposé, Influencer, and Allure.

Samantha Chapman began producing and sharing makeup videos on YouTube under the alias Pixiwoo in 2007. Cosmetics tutorials and product reviews were among the early videos. Chapman's sister Nicola later joined her on her channel. Pixiwoo currently has over 2.1 million subscribers and 313 million views.

She, along with her sister, runs a YouTube channel called 'Pixiwoo Madness.' They post random family videos as well as makeup tutorials on this channel. The channel, which debuted on April 8, 2010, now has over 325k subscribers.

She launched a second channel called 'RealTechniques' to promote her Real Techniques brush line and to share information about it. On this channel, the English beauty shows how to use each brush as well as how to create different looks with the brushes. The channel currently has over 308k subscribers.

She launched a second channel called 'RealTechniques' to promote her Real Techniques brush line and to share information about it. On this channel, the English beauty shows how to use each brush as well as how to create different looks with the brushes. The channel currently has over 308k subscribers.

Chapman's current net worth is estimated to be $1.5 million as of 2022, but her salary has not been disclosed.

Samantha Chapman is in a relationship with film director Ryan Andrews. In Mexico, the couple welcomed the year 2021. Prior had a married life. Danny was her husband. She is also the mother of two daughters, Lily and Olivia Chapman.

The couple decided to divorce due to some disagreements. They are no longer married.