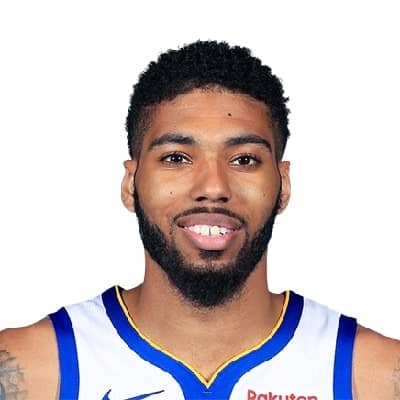 Roy Devyn Marble is a professional basketball player who plays for Virus Bologna of the Italian Lega Basket Serie A (LBA) and Euro Cup Basketball. He followed his father's path and started playing basketball in high school time.

Roy was born on 21 September 1992 in Southfield, Michigan, United States of America. Talking about his parents' names his father's name is Roy Lane Marble who was a basketball player at an early age but there is no information about his mother's name. His father was a professional player who was a popular name as swingman as he was 6'6" tall and played as guard/small forward. His father caught cancer in his lungs which were at stage 4 in the year 2014 and he died due to cancer the next year as he was only 48 years old. Roy's Nationality is American. His horoscope is Virgo. Currently, he is 30 years old.
Talking about his educational career he completed his high school at Southfield-Lathrup and continued his university at the university of Lowa. As he was a good basketball player he played in his high school and university.

Looking at his professional life he is a professional basketball player who played for Orlando Magic and Erie BayHawks in the year 2014 to 2016. In the year 2014, he was selected with the 56th overall pick in the NBA draft by the Denver Nuggets.
After that, he was traded to Orlando Magic on Draft night. He joined Magic for the 2914 NBA Summer League prior to signing his rookie scale contract with the team. He was assigned multiple times to the Erie BayHawks of the NBA Development League during his rookie season.
In the year 2016, he was signed to Greek club Aris for the 2016-2017 season where he entered a contract dispute with the team, so they released him. Again, in the year 2017, he signed for an Italian club name Aquila Basket Trento for the rest of the 2016-2017 season.
And again, he parted ways with this team and went back to Trento where he signed a contract of two years with Aquila Basket. He got to play the first half of the season with the Santa Cruz Warriors in the America NBA G League. Virtus Bologna bought him back to Italy where he was signed until the end of the 2019-2020 season.

Roy Devyn is a married man married to a beautiful woman named Lyndzie Cherry. They got married in July 2019. His wife is a Youtuber, Traveler, etc. Talking about his past relationships and affairs there is no information. He is not involved in any kind of controversial act as he has been able to maintain good character among the people.

No information on his body measurement, body size, chest size, dress size, or shoe size as they are still under review. Looking at his eye and hair he has got a black color eyes and black hair color. He has got a height of 1.98 meters and weighs around 91 kgs.
He is active on social media like Twitter and Instagram where he has got 28.9k followers on Twitter and 22.3k followers on Instagram. He doesn't use social media like Facebook, Youtube etc.