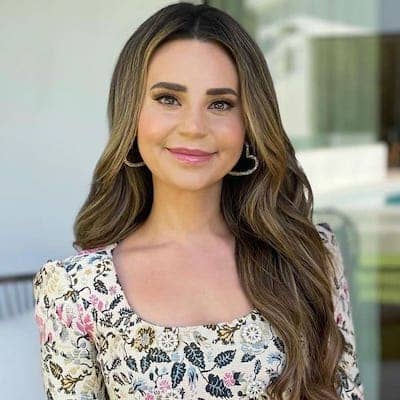 Rosanna Pansino is a well-known baker and actress who has gained a following among this age because of her self-titled YouTube channel, which features anything from exotic-looking desserts to funny challenges. A channel that started out with the sole purpose of preparing Pansino for her on-screen persona ended up redefining the actress's career aspirations.

Rosanna Pansino was born in Seattle, Washington, on June 8, 1984. Apart from the fact that they are active in her YouTube business as her managers, we don't know much about her family. Molly, Rosanna's sister, features frequently in her challenge videos. Rosanna learned to bake from her grandmother at an early age, and her abilities as a baker earned her the Shorty's Award in the food category in 2013. Is it possible for her to be more inspiring than this?!

Rosanna's dream as a child was never to make it huge on YouTube, and she never imagined she'd make it this big on social media! Rosanna set out to find techniques to prepare herself to be more comfortable in front of cameras in order to pursue a career in Hollywood, which led her to create a YouTube channel. Rosanna did what she does best: she released her first-ever video, in which she films herself making a Super Mario Star cake, which she had planned to create for a party. Six years later, the video that was merely designed to help her relax has racked up over 6 million views!

Apart from taking over the YouTube arena as a DIY artist and even a gamer, Miss Pansino is now known as an extraordinary baker with a section called 'Nerdy Nummies.' She started off as a one-woman army on YouTube, but today she has a crew of over seven, including her parents and sister, who serve as managers and even film Rosanna's videos.

Rosanna, a big believer in quality material, has even employed an editor to assist her in making some of the most creative video concepts that have since gotten a lot of attention! Aside from Nerdy Nummies fame, Rosanna's channel also features DIYs and challenges, where her sister has become a regular guest. Not only is this celebrity a tough cookie when it comes to baking and challenges, but she is also an actress who has been in a music video with KHS. Rosanna's current celebrity is unshakeable, and she is living proof that success comes to those who work hard for what they believe they are entitled to!

Rosanna's YouTube fame has also helped her gain a large following on Instagram, where she has 2.4 million followers. Rosanna, with her extensive CV as a content creator, host, actress, and producer, is undoubtedly on her way to inspiring the next generation to new heights!

Rosanna, being the video game, science fiction, comic book, and math geek that she is, decided to write a cookbook with dishes centered on all things nerdy. Her nerdy creations like Dinosaur Fossil Cake, Periodic Table of Cupcakes, and Apple Pi Pie, dubbed 'The Nerdy Nummies Cookbook,' have all somehow delighted the geekiness in all her admirers' hearts. Her cookbook, 'The Nerdy Nummies Cookbook,' has even gained widespread recognition after appearing on the New York Times Best Seller list!

Rosanna Pansino's net worth is estimated to be $12 million in the year 2022. According to a Forbes study, Pansino is one of YouTube's highest-paid ladies, and she was named to the "Top Influencers: Food" list in 2017. Rosanna's YouTube channel, which has over 13 million members, provides the majority of her revenue.

Thanks to her Baking career, she is able to make a substantial amount of money on her YouTube channel. Rosanna is a social media celebrity who makes a lot of money by advertising a lot of well-known products. When it comes to her acting career, she is just getting started, but it appears that she will soon join the ranks of famous Hollywood actors. Rosanna Pansino earns more than $5 million per year.

When it comes to Rosanna Pansino's partner, she began dating former sports commentator Mike Lamond (Husky) in 2013. They revealed their relationship on Valentine's Day of this year. They've been in multiple YouTube videos together, and Mike was instrumental in helping her establish her channel.

Rosanna is a stunning woman with a great body shape. With a height of 4 feet 10 inches and a weight of around 50 kg, she appears to be quite petite. Her chest, waist, and hip measurements are 32-24-34 inches. In addition, she has brown eyes and blonde hair. Her smile is bright and lively. As a result, she has a fantastic personality and a distinct flair.

She is well-known on social media networks. Her Instagram account has over 4.5 million followers. Her Twitter account has a following of around 936.5K people. Her official Facebook page, meanwhile, has over 763K followers. She's also on TikTok, where she has over 540.7K followers and a total of 2.2 million. Her YouTube channel, which she created herself, now has over 12.2 million subscribers.