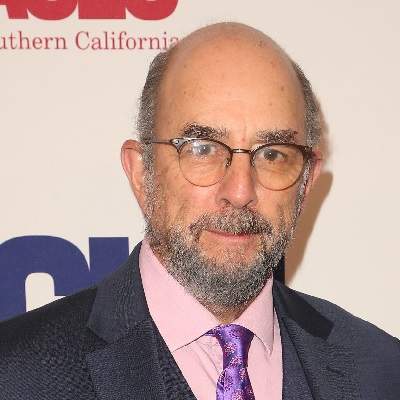 Richard Schiff is a two-time Screen Actor Guild Award-winning actor and director from the United States. Richard Schiff is well-known for his roles in Man of Steel as Dr. Emily Hamilton, The West Wing as Toby Ziegler, and Seven as Mark Swarr.

Schiff was born in Bethesda, Maryland on May 27, 1955, to Charlotte and Edward Schiff. He is of Jewish-Germanic descent. His father is a real estate lawyer, and his mother is a television and publishing executive. Paul Schiff, a film producer, is one of his two brothers. His parents divorced when he was 12 years old.

He dropped out of high school and later obtained an equivalency diploma before returning to his studies. Following that, he enrolled at City College of New York (CCNY) to study acting and directing.

He began his career as a director in the early 1980s with off-Broadway plays such as Antigone, starring Angela Bassett. He previously worked as a taxi driver and bus cleaner in New York. He was also a member of the International Brotherhood of Electrical Workers.

He debuted in the entertainment industry as an actor in the short film Arena Brains as Bell Clerk in the mid-1980s. The following year, he made his film debut as Pat Harding in Medium Straight.

Following the film, he appeared in several films as a character, including Malcolm X, The Bodyguard, Hoffa, and Seven. Such character roles helped him become a well-known face in the industry.

He has been associated with the TV show The Good Doctor since 2017. He has played Dr. Aaron Glassman, the President of San Jose St. Bonaventure Hospital, in the medical drama. The series is currently in its fourth season.

Richard Schiff is happily married to Sheila Kelley, an actress. After dating for several years, the couple married on September 1, 1996. On the occasion of their 24th anniversary, he posted a picture on Instagram with the caption "31 years together." He and his wife have two children: a son, Gus (b. 1994), and a daughter, Ruby (b. August 2000).

Richard Schiff has light hair and brown eyes. He is 5 feet 10 inches tall and weighs a healthy amount.