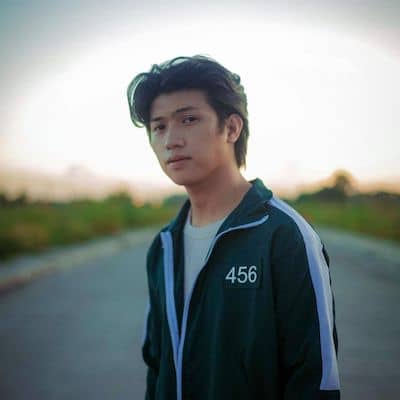 Ranz Kyle is a popular Filipino dancer and internet sensation known for his self-titled YouTube channel. He is also well-known for being one half of the dance duo 'Ranz and Niana,' with his step-sister Niana Guerrero as the other half. He is also a member of the Chicser dance troupe. Kyle, who was born in San Juan City, Philippines, rose to prominence after posting a dance video to Chris Brown's song "I Should've Kissed You."

Ranz Kyle was born in the Philippines on May 6, 1997, to Lanz Ongsee and Elcid Evidenre. He attended Seed Montessori School before graduating from Don Bosco Technical College Mandaluyong. Chelseah Hilary Evidente Ongsee aka Seah is his biological sister. Kyle also has two half-sisters from his mother's second marriage to Nino Guerrero, Niana and Natalia Guerrero. Ranz Kyle and his sister Niana appear in the majority of his dance videos. He has also collaborated on YouTube with another YouTuber, Oliver Lance Posadas.

Ranz Kyle began dancing when he was nine years old and posted his first dance video when he was fourteen. The video Fast Forward-Jai Cko C-Walk quickly went viral on YouTube. Kyle's parents enrolled him in a dance workshop after seeing the video's success and his passion for dancing. Similarly, she began uploading his dance videos to his self-titled YouTube channel soon after receiving training in the field. He has been posting regularly on this channel since 2011.

Ranz Kyle's content is not limited to dance and choreography, but also includes challenges, pranks, tags, vlogs, and other topics. His channel has over 13.4 million subscribers as of January 2021 and is doing extremely well.

Kyle is a member of the Aquinas School's Chicser dance group, in addition to YouTube. Chicser's Teach Me How to Dougie is the most viewed YouTube video by the six-member group.

He purchased a new luxury car, the Ford Mustang GT, in October 2017.

Moving on to his personal life, he is single and has not revealed any information about his relationships or affairs. He is concerned and curious because he has only recently begun his career. He is rumored to be in a relationship. We learned about this from his tweet, which read, "Wala akong Girlfriend Sweethearts." I'm available:)." He did not, however, confirm anything. In terms of previous relationships, he dated a woman named Trisha Lim. However, little is known about their romance.

Ranz was rumored to be leaving his group Chicser because he was getting more showbiz offers, but he later denied the rumors. There aren't many controversies surrounding him.

On February 8, 2019, he posted a video of himself tattooing his right hand, to which his mother reacted angrily.

Ranz Kyle stands at 5 feet 3 inches tall and weighs around 55 kilograms. His hair and eyes are both black, and he has white skin.

Ranz is also active on YouTube, where he has over 8.7 million subscribers. He is well-known on YouTube and continues to upload videos there.