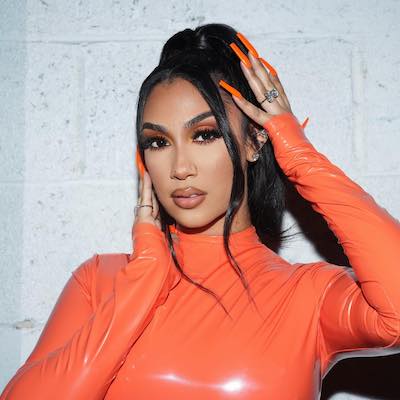 Queen Naija is a YouTube personality and singer from the United States. On her self-titled channel, Queen Naija became famous for her storytime, music, and makeup-related vlogs. She was previously known as one half of the channel Chris and Queen, which she co-hosted with her ex-husband. Similarly, she signed with Capitol Records in 2018.

On October 17, 1995, Queen Naija was born in Detroit, Michigan, USA. She will be 25 years old in the year 2020. Her astrological sign is Libra, and she is of American descent. Similarly, Queen Naija Bulls is her full name.

Naija's parents' names are not known at this time. She also has two younger siblings named Tina and Terrell. Tina and Terrell, her younger siblings' YouTube channel, is run by both of them. Furthermore, she has described her ancestry as a mix of Arab, Black, and Italian descent, but she has also mentioned having Indian ancestry, though she is unsure how much. Her father is also from Yemen. Her mother named her Queen Naija.

Queen Naija's full name is Queen Bulls. She rose to prominence as a contestant on American Idol's thirteenth season. She had auditioned two years before but had not progressed to the next round. The show then advanced to the Hollywood round in the thirteenth season, but was eliminated when the top 30 were chosen. She then returned to work as a security guard while continuing to build her YouTube career.

She began her YouTube career in 2015, alongside her ex-husband Christopher Sails, in Detroit, Michigan. However, the couple officially separated in December 2017 after Chris was caught up in a cheating scandal and filed for divorce. Similarly, Sails was given their channel, which had over 2.3 million subscribers. She then launched her own YouTube channel, "Queen Naija," on April 4, 2017. She started her own YouTube channel after her relationship with Sails ended. And, in just a year, her solo channel had surpassed the old one, with over 4.74 million subscribers as of October 2020.

Naija began her career in music while on YouTube. She later collaborated on music with close friends Armon and Trey, writing covers and original songs. Similarly, as of June 2020, their collaborative song "No Strings" has 18 million views. She also made her own song covers and remixes. And the collaborations, remixes, and covers never made it beyond the YouTube platform.

In terms of earnings and income, Naija's main sources of income are YouTube and her music career. Her net worth is estimated to be $4.5 million, and she earns about $180,000 per year from advertisements on her YouTube video.

Queen Naija first met her ex-husband, Christopher Sails, in high school. They first met at a basketball game at their school in April 2013. The couple married four years later, in 2017, after dating for four years. The couple has also been blessed with a son named Chris. Similarly, in addition to being life partners, they were also YouTube partners. However, Chris and Naija's friendly relationship did not last long, and the two parted ways. Similarly, their highly publicized divorce thrust the two back into the spotlight, as they addressed their relationship issues in a vlog post.