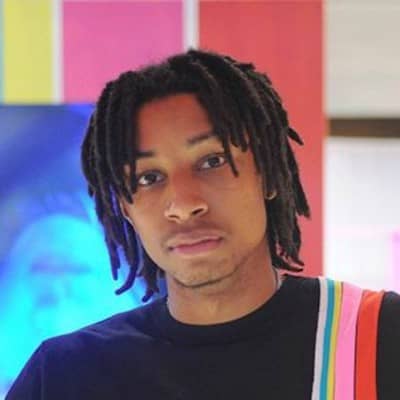 He was born on October 25, 2000, in the United States of America. His father's name is Swizz Beatz and his mother's name is Nicole Levy. He grew up with four half-siblings: Kasseem David Dean Jr born in December 2006, Nicole was born in May 2008, Egypt Daoud, born on 14th October 2010, and Genesis Ali Dean, born on 27th December 2014. His nationality is American. Prince didn't see much of his father because when he was young his parents divorced. He belongs to mixed ethnicity Afro-Jamaican, Irish, and Puerto Rican.

Prince completed his graduation from Adrienne Arsht Center for the Performing Arts. In the current context, Prince is a student of New York University's Tisch School of Arts and Clive Davis Institute of Recorded Music.

He is successfully working as a Rapper and a model. Prince is a rising star. His father was also a rapper and he is following in his father's footsteps. He goes by the stage name Marcato. He produced his first hit on IDK's single,' star'. He went to Atlanta to develop his music with stars in the music industry such as Trippie Red, Kodie Shane, etc. He joined with A&R team at Epic Records. Prince Nasir has made its debut in the Louis Vuitton show in Paris in 2019 and it is expected to continue modeling too. He has done collaborations with Next Models Worldwide and Kadupul Management. He also collaborates with Louis Vuitton and FENDI brands.

In 2019 he launched The Re-Drum Tech/Art Initiative. It is a program aspiring to help provide young adults in Juvenile detention with opportunities to express themselves.

Personal Life and Net worth

Prince is a single man and there is no data about his past relationship. But his father was in relationships with many girls. Swizz and Mashonda got married in 2004 but before that their first pregnancy in stillbirth. Before being married his father welcome him in 2000 with Nichole Levy. Furthermore, his father and mother welcomed their child together in Dec 2006 and later Swiss had a daughter in UK-based singer Jahna Sabastian. The daughter named is Nicole and she was born in May 2008. At present, his father and Alicia have two sons together. Prince has a good relationship with his stepmother.

Prince's professional career hasn't been disclosed in the media so it is hard to find his net worth, salary, and earnings. But the prince is living the life of a king as his father's net worth is 70 million. His father earns millions per year from producing tracks for popular artists like Jay-Z. Along with that, his mother is an actress who appeared in movies like Aardvark, Celebrity, etc., and has a net worth of around $850 thousand.

Prince is a very good-looking person who is around 6 feet 5 inches tall and his weight is unknown to date. He has black hair and black eyes. Prince is not so much active on social media like Facebook and Twitter. But he has a following of  190k on his Instagram.