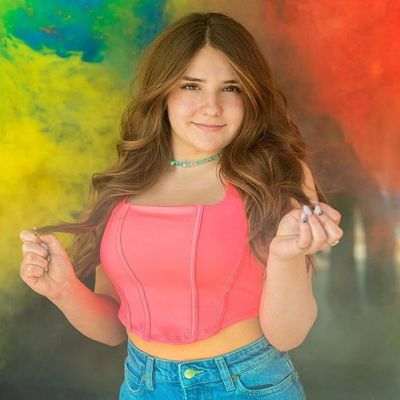 Piper Rockelle is among the famous and well-known American social media personalities. Moreover, she is more popular for her work as well as creative content on her YouTube channel. Amazingly, she has a large number of subscribers and followers on her social media accounts.

Piper was born on August 21, 2007. As of 2022, Piper is 14 years old. Based on her date of birth, her zodiac sign is Leo. She belongs of American nationality whereas her ethnicity is North American. Her birthplace is in the United States of America.

On the other hand, Piper was born to her mother, Tiffany Rochelle. However, the name of her father is unavailable. Hence, she seems to be raised primarily by her mother. As siblings, she has two brothers. They are Tyler Ray Hill and Hunter Ray Hill. Piper has a pug named Frank Pugan. As a school student, the YouTube star also gets busy with school kinds of stuff and assignments sometimes. But, she has not mentioned the educational institutions and subjects in which she got involved.

Initially, Piper being a young social media personality, was able to gain much fame through her Tiktok account. Before that, she had already initiated her model career. During that time, she had already competed in beauty pageants. After creating content on TikTok consistently, she was able to increase her influence as a well-known social media personality. Consequently, she is now a TikTok star with more than 9.4 million followers.  On her TikTok video, she showcases various topics such as comedy videos, dance moves, trending moves, and so on.

Besides, she also gave her guest appearance at an event called Muser Movement in Los Angeles in the year 2016. She also starred in the Brat series Mani and the reality series Piperazzi Likewise, she also has been a tough competition on the app, giving seasoned Musers a run for their popularity. Her collaborations were with muser @jentzenramirez, @emily.dobson, @soph1eferegi, and many more popular personalities.

Afterward, she then became active on Instagram as well as Youtube.  She began to gain social media fame on the app. Also, she used to participate in several beauty pageants and has won them as well. In addition, Rockelle is also a brilliant dancer and melodious and aspiring singer. With the growing concern for the social world, her self-titled YouTube channel came into the hype. She started her YouTube channel on November 29, 2016. On the Youtube channel, she regularly uploads DIY videos and dance lessons as well.

Talking more about her YouTube channel, it is full of entertainment, fun, love, good vibes, and family. It also includes entertaining challenges such as Boyfriend challenges, crushes challenges, and many more. Adding more to the popular change, she also posts tutorials on DIYs, makeup, and Instagram videos.

Presently, the Youtube star is in a relationship with a social media star, Lev Cameron Khmelev. Lev Cameron is a dancer and became a pro dancer on Dancing with the Stars: Juniors in the year 2018.

Surprisingly, Lev proposed Piper to be his valentine on Valentine's Day 2020. Officially, they started dating in may of 2020. Frequently, the couple posts their pictures together on Instagram. Additionally, she also features her boyfriend with the boyfriend tag on youtube videos.

According to some sources, Rockelle is more or less 5 feet and 2 inches tall. On the other hand, her exact weight is 48 kg. Regarding her body structure, she has a slim figure and also has a beautiful personality.  Additionally, she has attractive hazel eyes. Her hair is brown.

Undoubtedly, she is active on almost all social media handles. On Instagram, her username is @piperrockelle with more than 5.2 million followers. Additionally,  her Twitter account's username is @PiperRocklelle and she has around 72.2k followers. And, her username on her Facebook account is Piper Rockelle. Astonishingly,  she has over 120k followers on it.