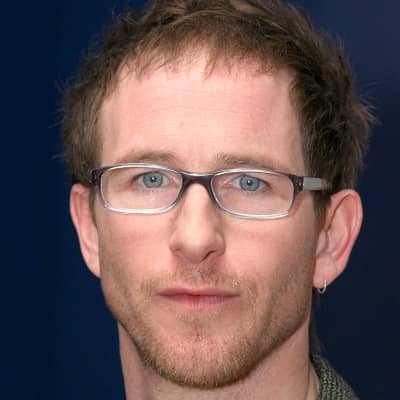 Paul Kaye is an English comedian and actor best known for his role as The Sunday Show interviewer Dennis Pennis. He is also well-known for his roles as New York Lawyer Mike Strutter on MTV's Strutter, Thoros of Myr in HBO's Game of Thrones, and Vincent the Fox in BBC comedy Mongrels.

Paul was born on December 15, 1964, in the London neighborhood of Clapham. He is of Jewish descent and holds British citizenship. He and his twin sister were adopted by Jackie and Ivan Kaye. They grew up in Wembley, where their parents owned a sportswear shop. He was a high school athlete with a fast 100-meter time.

He enrolled at Harrow Art School at the age of 16 on a two-year foundation course, earning a distinction before graduating with honors from Nottingham Trent University with a first-class degree in Theatre Design.

Dennis Pennis, a prototype Dennis Pennis, was interviewed by Granada TV's late-night indie music show Transmission in 1993. His TV debut was The Word, which was secretly filmed in Oliver Reed's dressing room.

One of Kaye's most well-known characters was Dennis Pennis, a celebrity interviewer created by Kaye and Hines. Following several brief appearances as Pennis presenting Transmission, the character made a second appearance on BBC2's The Sunday Show in 1995.

Dennis Pennis's final video release, RIP: Too Rude to Live, was released in 1997, and the character was killed off. Dennis Pennis had reportedly become too expensive, according to Kaye. Kaye appeared in the music video for Fat Les' Vindaloo in 1988. In the same year, he appeared as DI Lindsay De Paul in the TV comedy film You Are Here.

Kaye appeared in Two Thousand Acres of Sky with Michelle Collins in 2000. He played the lead role in the 2004 film Blackball. In addition, he appeared in two episodes of the BBC drama series Waking the Dead as Dr. David Carney in Shadowplay.

In August 2012, he appeared as Maurice in UK TV commercials for the betting website BetVictor. Kaye played Brother Lucian in the 2014 film Dracula Untold. Paul also played a criminal in the BBC drama The Interceptor in 2015. In the same year, he played Vinculus in Susanna Clarke's Jonathon Strange & Mr. Norrell. In 2019, he made his acting debut as hospital chaplain Daniel Booth in the ITV dramedy Cold Feet, and he played a psychiatrist in the Netflix comedy series After Life.

Later, he played The Cowboy in the HBO miniseries The Third Day, and in 2020, he will appear as Patrick Katz in the Netflix drama The Stranger. In 2021, he played Guy Forks in a BBC Bonfire Night Special adaptation of Mackenzie Crooks' Worzel Gummidge.

He has amassed a sizable fortune as a comedian, actor, and writer over the course of his career. According to sources, he has a net worth of $1 million, but his salary, earnings, and other incomes are unknown.

Paul Kaye is married to the Israeli woman Orly Katz. In the year 1989, the couple married. They have two sons and live in Hendon, London.

Paul has a tall and lean body, standing 5 feet 9 inches tall and weighing approximately 70kgs. In addition, he has blue eyes and a brownish mustache.