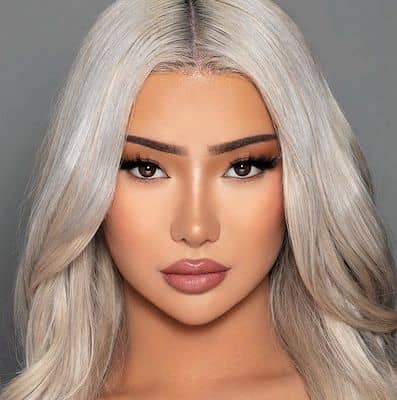 Nikita Dragun, an American transgender makeup artist, and beauty guru, goes by the online alias Mama Dragun (also known as Nyc Dragun). She is regarded as a transgender youth icon for being open about her transition from male to female.

Nikita Dragun also know as Mama Dragun was born in Springfield, Virginia on January 31, 1996. Her mother is Mexican and her father is Vietnamese. Allegrah Nguyen Capri and Taliah Nguyen Marriott are her sisters, and Vincarlo Nguyen is her brother. She was trained as a male singer in school but plans to rediscover her voice after her transition. In 2014, she enrolled in a four-year program at the Fashion Institute of Design & Merchandising in Los Angeles. She has two dragon tattoos on her chest and back, as well as a 'dragon' written in Arabic on her wrist.

Mama Dragun began on the image-sharing platform Instagram, where she presented a very controlled image. As a frequent YouTube viewer, she imagined herself as a YouTuber and brought her controlled image to the platform. She never talked about her sexuality in the beginning because she didn't want her followers to notice her transition. But, because that was not the case, she felt compelled to come out publicly as transgender. On December 28, 2015, she finally posted the emotional and confessional video 'I am transgender,' which instantly went viral, and her popularity on YouTube has only grown since then.

Mama Dragun has also worked as a model for Jeffree Star Cosmetics. In September 2017, she announced her first brand collaboration and unveiled her Bellami Hair line of three wigs – Saphira, Khaleesi, and Cassie. Dragun Beauty, her make-up line, was announced in March 2019. The cosmetic line is primarily aimed at the transgender community.

Nikita Dragun has also appeared in the Snapchat docuseries Nikita Unfiltered.' The docuseries, which premiered on March 21, 2020, follows Nikita's unusual life journey and her celebrity as a trans woman.

Mama Dragun enjoyed playing with dolls and dressing up in pretty outfits as a child. Her mother first noticed something was wrong. She noticed that she lined up with the girls instead of the boys in her first physical education class and insisted on wearing shorts with side cuts. She began saving money for her transition when she was only eight years old, after watching a documentary about transgender people.

Similarly, she was so androgynous by the end of high school that she was "at the absolute peak of being gay." Because LGBT issues are considered taboo, she initially mistook herself for gay, and it wasn't until she grew up that she realized she was a woman trapped in a man's body.  She decided to transition after it became awkward for her to use the men's restroom, but she was concerned about her conservative background. Her parents, on the other hand, were extremely supportive of her decision.

She had never met a transgender person growing up in Virginia, but after opening up on YouTube, she began to receive helpful advice from people all over the world, which convinced her of the platform's power. As her popularity as a YouTuber grew, she relocated to Los Angeles, where she met more members of the LGBT community and began to feel more at ease with her own transition. She made the decision to be authentic on her YouTube channel and to help others by documenting her journey.

Aside from that, she has managed to live a lavish lifestyle with her large earnings. Her main source of income as a YouTuber is from YouTube, but she also earns money from Instagram and modeling for various cosmetic brands. She hasn't revealed anything about her net worth or salary, however. However, due to her large fan base on YouTube and Instagram, we can say that she earns a handsome six-figure salary from both platforms.

Her current relationship status is single. Previously, she has been associated with a number of attractive actors and models. However, none of the men's names associated with Nikita have ever been verified.

Mama Dragun received backlash in February 2017 after appearing in an ad campaign for Jeffree Star's Androgyny makeup line, in which she was featured alongside other LGBT models. She posted a photo of herself from the ad campaign to her Instagram account, in which her face appeared significantly darker than usual. This sparked outrage on the internet against Jeffree Star, who had previously been accused of racism. Critics questioned why he did not hire an African-American model and instead blackfaced an Asian model. In the aftermath of the controversy, she attempted to defend herself by claiming that because she is half-Mexican and half-Asian, her skin naturally darkens when she tans.