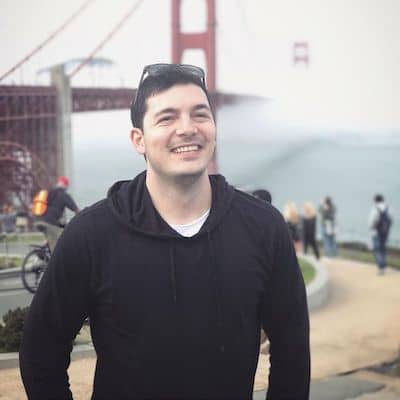 Nickatnyte is a pominent YouTube. Nickatnyte is also known as TeachBoomBeach on social media. He runs a Boom Beach and Clash of Clans-focused mobile gaming channel. Similarly, he also has a second channel called "nickatnyte2". There he plays games and uploads vlogs about his life.

Nickatnyte also known as Nick, was born on November 17, 1989, in Illinois, United States of America. He has spent the majority of his time in Chicago, with the remainder spent in Phoenix, Arizona, and Northern California. He has a younger brother and two younger sisters. In terms of Nickatnyte's personal life, he has been married to popular YouTuber KellyP since 2017. Nickatnyte is also known as TeachBoomBeach on social media. Prior to becoming a YouTube sensation, he worked as a mobile device repair genius at an Apple store.

On December 7, 2013, Nickatnyte launched his self-titled YouTube channel. Since then, he has been uploading entertaining mobile gaming videos to his YouTube channel. He began with 'Boom Boom Beach' game videos before moving on to other gaming videos such as Clash of Cans, Clash Royale, RPG, Battle Royale, PvP Royale Games, and others. On this channel, the American, who works with some of the world's top game developers, uploads content almost every day.

'Boom Beach Unlimited Crystals & Masterpieces' and 'Boom Beach Guide - 69 Hints & Tips - Beginners Guide & Lesson / Introduction' are two of the most popular gaming videos on Nickatnyte's main channel. These videos, which have over 1 million and 742k views, respectively, contain important tips, guidelines, and tricks for playing the game Boom Beach successfully. The other gaming videos on this channel, like these, are also beneficial to gamers.

On May 9, 2014, Nickatnyte's second channel, nickatnyte2, was launched. It includes interesting gaming videos as well as vlogs about the daily lives of American gamers. It also includes gameplay tutorials, tricks, hacks, beta games, and other videos. This channel's content is extremely entertaining. Those who adore Nickatnyte and enjoy his gameplay content should not miss out on watching videos on this channel!

He is estimated to be worth $1 million, according to blog.gfuel. His earnings come from a combination of merchandise, streaming, gaming, sponsorship, affiliate sales, and donations. He also keeps himself busy by uploading videos and doing live streams on YouTube and Twitch.

In the summer of 2017, Nickatnyte married Kelly P, a well-known YouTuber. On his Instagram account, Nick has posted numerous photos of himself and his wife. He's also included her in some of his YouTube videos. Furthermore, Nick and Kelly are well-liked and appreciated by their fans.

Nickatnyte stands 5 feet 3 inches tall and weighs 89 kg. However, his other body measurements, such as his chest size, waist size, hip size, and bicep size, are unknown and are still being investigated. He also has black hair and brown eyes.

Nickatnyte maintains a high level of activity across all of his social media accounts. On his first channel, he has 2.44 million subscribers, and on his second channel, he has 212K subscribers. Similarly, he has 101K Instagram followers and 212.1K Twitter followers. Furthermore, Nick is active on Twitch.