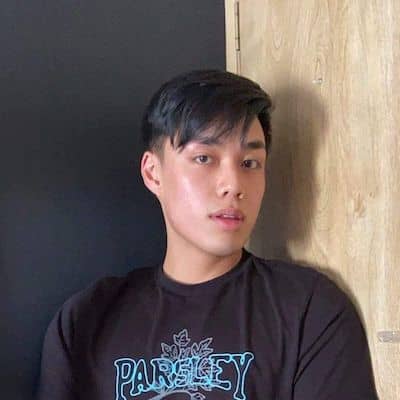 Newton Nguyen, better known as Newt, is a social media personality best known for posting food-recipe videos on the video-sharing platform TikTok. On his official TikTok account, newt, he has over 8.3 million fans and 225 million likes.

Newt was born on May 31, 1998, in San Jose, California, in the United States. His older sister has made appearances on his YouTube channel. There isn't much information about his parents. Newt was born under the sign of Gemini.

Newt's social media journey began with Twitter. He joined the platform in 2014 and is known for tweeting about food recipes and reviews. Later on, he joined TikTok and began publishing content related to food recipes. Newt's videos quickly went viral, and he quickly became a well-known face on the platform. He is currently one of the most influential TikTok stars, with a massive fan base supporting his fame.

Newt has also become extremely popular on Instagram, where he has nearly 1 million followers, making him one of the platform's top influencers.
In July 2017, New launched his YouTube channel milktpapi. In 2019, he did, however, release his first video, titled "how I got expelled from two high schools and almost a third.... *chik-fil-a mukbang*." He keeps his YouTube audience entertained with food videos, Q&A videos, vlogs, and storytime content.

As he is famous for his cooking skills on social media, his networth is $1 Million - $5 Million (Approx.)

There is no information about his relationship with Newt. He is single and enjoying his life just focusing on his career.

Newton Nguyen is a handsome man known for his cooking skill. He has pair of dark beautiful brown eyes and silky dark brown hair.