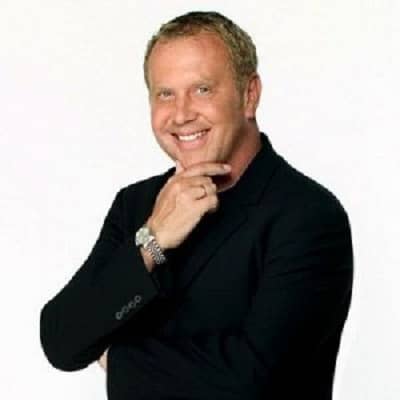 Michael Kors is a well-known American fashion designer who specializes in women's fashion and sportswear. Kors most likely rose to prominence as a judge on the hit TV show 'Project Runway.' He is the owner of the multinational corporation 'Michael Kors Holdings Limited.'

Michael Kors was born on August 9, 1959, in Long Island, New York, USA. Karl Anderson Jr. is his birth name, and he is 62 years old. Karl Anderson Sr. is his father, and Joan Hamburger is his mother. His parents, on the other hand, divorced when he was very young. When his mother remarried Bill Kors, the young boy received a new name and surname.

There is nothing known about his siblings. Michael is an American citizen of mixed ethnicity (Swedish- Ukrainian- Ashkenazi Jewish). His zodiac sign is Leo. When it comes to Michael's educational background, he attended 'John F Kennedy High School' in Bellmore. Kors then attended New York's 'Fashion Institute of Technology.' After nine months, he dropped out and began working at a boutique called 'Lothar's.'

Concerning his profession, Kors began his career at Lothar's boutique in Manhattan, near the luxury goods store 'Bergdorf Goodman.' Dawn Mello, the fashion director at 'Bergdorf,' noticed him. Kors debuted his women's label, Michael Kors, at Bergdorf Goodman in 1981. Similarly, he held his first eponymous catwalk show in 1984.

'Bergdorf Goodman' launched 'KORS' as a licensee in 1990. Similarly, he launched another low-cost clothing line in 1997. He left 'Celine' in 2003 to focus on developing his own eponymous brand. He also debuted his menswear line. The company sells women's bags, shoes, and clothing.

The brand became a global success, with over 770 stores in cities such as Paris, Milan, London, Cannes, and Tokyo. During his tenure as a judge, he quickly earned a reputation for his quick wit and blunt remarks. Unfortunately, he left the show in 2012.

Similarly, he celebrated the 35th anniversary of his company in 2016. He has designed dresses for a number of celebrities. Michelle Obama eventually wore a 'Michael Kors' outfit for her first official portrait. In 2013, he was named to the 'Time 100,' an annual list of the 100 most influential people chosen by the 'Time' magazine. He received the Valentino Garavani and Giancarlo Giammetti International Awards from the CFDA.

Michael Kors has an estimated net worth of $600 million, which he has amassed through his professional career. His company celebrated its 37th anniversary in 2018.

Michael Kors met Lance LePere when Lance was a junior at Parsons School of Design and worked as an intern for Michael's company. They may have begun dating in the same year. Lance began working full-time for Michael's company after graduating. When Michael was hired by the French fashion house Céline in 1997, he frequently had to travel to Paris with a few members of his team, one of whom was Lance.

In France, Michael and Lance let down their guard and developed an intimate relationship. Since then, the couple has rarely been seen apart from one another. Lance is frequently described as a low-key, introverted midwesterner, whereas Michael is jovial and extroverted by temperament. Lance, according to the designer, calms him down while he revs him up.

Michael married his partner of 21 years in a private ceremony on Dune Beach in Southampton, officiated by the then-mayor of Southampton, Mark Epley, a few weeks after gay marriage was legalized in the state of New York in 2011.