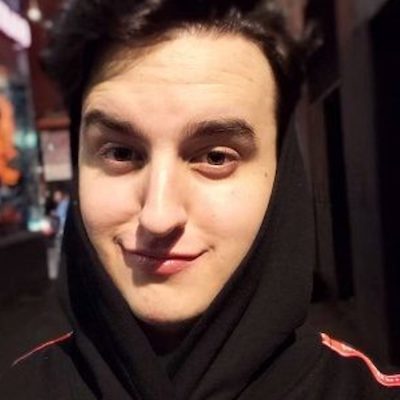 McCreamy is a New Zealander that plays Fortnite professionally and is a YouTube comedian. McCreamy has become well-known for his YouTube videos about Fortnite and Overwatch.

On September 18, 2016, McCreamy launched his YouTube channel, and two days later he posted his first video, titled "McCree Is Hard." He became well-known for his humorous Overwatch "let's Play." Additionally, he has produced humorous Player Unknown Battlegrounds videos (PUBG). He was working on several projects with several other gamers during this time, some of whom are still his buddies. He turned to Fortnite in December 2017 and rapidly developed a following for his "crazy" gaming and snipes.

Each of his videos currently receives millions of views. Even my friends believe I'm cheating lol, "you won't regret watching this Fortnite video," "10 minutes 41 seconds of Fortnite aimbot," "she thought I was cheating...", and "I got 70 kills in one game" are some of the most-watched videos on his channel.

He enlisted some of his pals, including Fitzy, Zuckles, TobyontheTele, and hanieldarrison, when he established the Fortnite clan xd in May 2018. The team takes pride in being the original trick shooting clan in Fortnite. They welcome everyone to join, but they tend to favor excellent players. To identify themselves as members of the clan, the clan members prefix their usernames with xd. Other streamers and gamers on YouTube, such as Myth, Tfue, FaZe Rug, RiceGum, Lachlan, FaZe Jaomock, and Dakotaz, are big fans of it.

His Instagram's oldest image was published on August 29, 2018. Given that his face has been substituted with an ice cream cone with googly eyes, it is most likely a selfie of McCreamy himself. This is a clear allusion to his pseudonym. He shows up in the following upload with a mask covering his face. Most of his admirers were unaware of his true appearance because he had not yet released a face-reveal video. He first publicly revealed his face on September 24, 2018, when he shared a selfie with the "dog with glasses" Snapchat filter. Two days later, he published a cover of "Say Something" by A Great Big World that he had recorded somewhere in 2013.

Jay's YouTube career will undoubtedly bring in a tidy sum of money. His gaming on YouTube is succeeding well and paying off handsomely for him. He does, however, have a net worth of about $800,000.

In terms of his romantic history, McCreamy may have dated numerous women in the past. He hasn't mentioned any of them, though. Currently, Jay is dating an online personality by the name of Anna. Anna is also known online as "catypo." They frequently show up in one another's social media posts. They are enjoying each other's company. They enjoy themselves while continuing to travel to new locations.

McCreamy has kept his body in good shape and maintained it. His height and weight have not been disclosed. He is, nevertheless, both ordinary in height and weight. Additionally, he has brown eyes and dark brown hair. Nothing else is known about his physical characteristics save this.