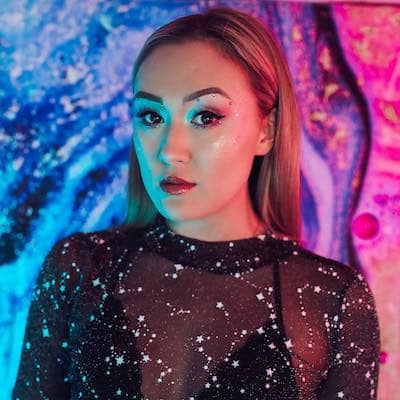 Lauren Riihimaki is a Canadian blogger. She is best known for her YouTube channel "LaurDIY," where she posts DIY fashion and beauty videos. She even has opened up another vlog channel called "LaurDIY2". There she lets her fans into her private life, but she hasn't been very active on it recently.

Lauren Kobayashi Riihimaki was born in Toronto, Canada, on August 11, 1993. She was given birth by Gail and Greg Riihimaki. Similarly, her mother is Japanese, and her father is half Ukrainian and half Finnish. She was an active child who took swimming, skating, piano, and guitar lessons. She was also an athletic child who participated in a variety of sports as she grew up.

Likewise, she attended Alexandra Public School until sixth grade. There she won the French Award and the Female Athlete Award. Then, she got transferred to Queen Mary Public School for her middle school. Moreover, there she participated in the French Immersion program and won awards in both French and sports. She later went to Sir Winston Churchill High School.

Lauren Riihimaki's foray into the DIY blogging world, and eventually YouTube, was no accident. After enrolling in a Graphic Communications Management course at Ryerson University in Toronto, she realized that, while the course provided future employment opportunities, it did not allow her to showcase her creative talents, which she was desperate to find an outlet for. She frequently used her creativity to redecorate her "prison-like" residence room with DIY items.

On a boring day, she Googled how to create websites and was directed to the WordPress platform, where she created her first blog, "Desire & Inspire." She began by guiding her readers through her DIY blogs with pictures depicting various stages of the creative process.

However, she eventually concluded that a video demonstration would be far more effective. As a result, she sought out the YouTube platform to upload her videos, which she will later embed in her blogs. She was surprised to learn that her YouTube channel, which she jokingly named "LaurDIY," was gaining a large number of subscribers. Her creative DIY videos have earned her up to 5.4 million YouTube subscribers, as well as over 5 million more followers on Instagram and Twitter combined.

While Lauren Riihimaki began her YouTube journey in late 2011, posting DIY videos on her channel, her parents claim she showed promise as early as four years old. She discovered a number of images in old photos of herself as a child that she now recognizes as hidden signs of her creativity. The one image she has specifically chosen for this purpose is one in which she can be seen cutting out a cardboard box (with the help of her father). Throughout her adolescence, she nurtured her creativity, which eventually found the right platform via her YouTube channel.

Lauren Riihimaki's life story may sound like a fairy tale, but she was diagnosed with general anxiety disorder shortly after moving to Toronto. She despised the course she chose and was constantly under pressure to meet deadlines. The stress eventually led to depression, and she was forced to take medications. She had, however, made many friends who helped her cope with the monotony of her life. She believes the experience has made her more self-assured.

Lauren has a net worth of more than $3 million dollars as of 2022. Her net worth is unquestionably derived from ad revenue, brand endorsements, and an acting career. She lives in a luxurious house in Los Angeles with her boyfriend. She drives a Honda Fit, which she purchased in 2015.

Lauren Riihimaki has been dating Jeremy Lewis, also known as "jeremymichael22" on Instagram, since 2019.

From 2015 to 2018, she was in a relationship with fellow YouTuber Alex Wassabi. In April 2015, she met him at a YouTube event called Brandcast in New York City. In September 2018, the couple called it quits. She had previously dated Sebastian "Baz" Morris for three to four years.

Moving towards her body measures, her height is 5 feet 4 inches, and weighs around 55kgs. Similarly, she has beautiful dark brown hair and eyes. Her body measures 33-24-34 inches, her shoe size is 6 (US), and her dress size is 2 (US).