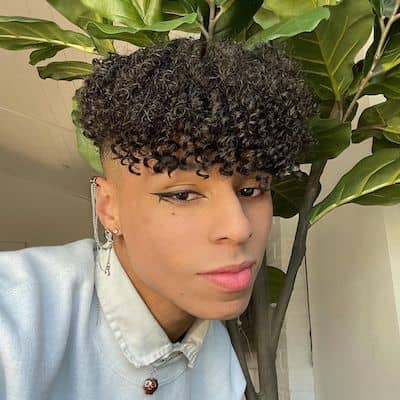 Larri Merritt is a prominent YouTube star and social media influencer. He first rose to prominence through his Vine account, where he posted comedic videos that helped him gain a large fan base.

On July 22, 1998, Larray Merritt was born. He is of American descent and is originally from California. In 2021, he will be 23 years old, and his zodiac sign is Cancer. He was born at Kaiser Hospital in California. Tyler Baby, his younger sister, completes the family.

He frequently tweets about what his mother says. He currently lives in Los Angeles with his family. He has been fascinated by social media since he was a child. Furthermore, he has not disclosed his educational background.

In his teenage time, Larri Merritt began posting amusing short videos on his Vine account. He joined Vine initially just to kill boredom. However, he quickly gained a loyal following after receiving positive feedback from viewers. It didn't take him long to become a well-known Viner. Merritt had nearly 200 thousand followers on his Vine account before it was shut down.

Similarly, he then shifted his attention to other social media platforms. He already had a YouTube channel called 'LARRAY,' and he started uploading content more frequently. Larri Merritt has over 1.8 million subscribers on his YouTube channel, where he regularly uploads videos, as of November 2018.

Merritt posts a variety of videos on YouTube, such as reaction videos, funny vlogs, pranks, and parodies. His most popular videos have received millions of views. His video, 'The Race (Remix) - First Place / Larray (Official Music Video),' which was released on February 11, 2018, is without a doubt one of his most entertaining. More than 20 million people have watched the video.

He can be seen in the video dancing and singing in a comedic manner. He also has several other popular videos with over a million views, including 'Fighting 10-Year-Olds on Roblox,' 'I Found a Boyfriend on Roblox,' and 'Send This to a Person You Hate with No Context.'

Larry is a well-known social media influencer. His content is a diverse mix of vlogs highlighting various activities he is involved in, storytime videos, comedic skits, and performances. He does, however, have a net worth of around $1 million.

Larray is open about his relationship with his fans. Despite his insecurities and difficulties in coming out as gay, he is now very vocal about it. He has inspired millions of people all over the world to be proud of who they are and to refuse to conform to social norms and stereotypes.

Similarly, he is currently dating a handsome and charming man named 'Brady Potter.' He is also a social media sensation with a rapidly growing fan base. They have made their relationship public, demonstrating how strong, daring, and caring they are for one another. They are not afraid of being judged or criticized, and instead, make the most of their time together. This couple has been praised and admired for their love and positivity.

Larry has kept his body hot and sexy. He stands 5 feet 7 inches tall. Similarly, he weighs around 62 kilograms. His body measurements are currently unknown. Furthermore, he wears a shoe size of 8. (UK). Larry has brown eyes and dark brown hair that complements his personality perfectly.