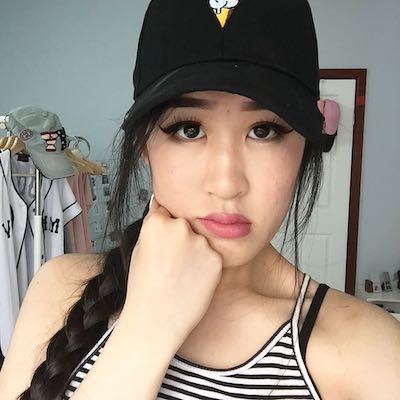 Ellen Pellon is an Australian YouTube star who was born on May 30, 1997. Kyutie was born and raised in Sydney, New South Wales, by her lawyer father and housewife mother. Her older brother is a YouTuber who started his channel called "Lammy" on August 19, 2014 and solely uploads animation and gaming videos. His channel now has over 50,000 subscribers.

Kyutie went to a local high school in Sydney where she was physically active, participating in a variety of sports as well as acting and singing, and she spent her leisure time playing video games. She wanted to be an elementary school teacher since she loved working with kids. She decided to upload her gaming videos on YouTube when one of her close friends became a YouTuber, to see whether anyone would be interested in viewing them. Kyutie is thought to have gone to college and received a bachelor's degree in 2019.

On June 20, 2010, Kyutie established her YouTube channel "oJaywalker," which she renamed "Kyutie" in 2016. Her channel currently has over 3.6 million subscribers, and her videos have collectively been seen over a billion times. Her most popular video, "Pranking my CRUSH with Ariana Grande's 'Into You' Lyrics," was released on August 21, 2016, and has about 14 million views to date.

Kyutie spends much of her time uploading gaming videos; two of her favorites are "Can Your Pet," a 2010 flash game in which you control a small yellow pet chick, and "Emily is Away," an Indie game about a young man who has been seeing a girl named Emily for nearly five years.

"The Very Organized Thief," "Life: The Game," and "I Saw Her Standing There" are among the other games Kyutie enjoys playing. Kyutie uploads a video every day and seldom misses one; when she is ready to take a break from uploading, she usually lets her fans know.

She created her second YouTube account, "KyutieBeauty," on June 17, 2016, and it now has over 75,000 subscribers and about 800,000 views combined. She's only uploaded four videos to this channel, in which she gives guidance on how to do make-up and be trendy.

Kyutie does not provide many specifics about her relationships with her fans, but it is known that she had her first boyfriend in 2015 and has dated a number of men over the last five years. She's open about her crush and has even pranked him, as evidenced by several of her films.

They dated for nearly a year before breaking up because he couldn't take his girlfriend being a YouTuber, and she went on to date another boy in 2016, although the relationship was short-lived. In 2017, she began chatting with another YouTuber, and after two months of exchanging messages, the two met and dated for over a year before splitting up.

Kyutie is currently dating a mysterious boy named James; her fans have repeatedly requested that she show them James, but she has managed to keep his looks and any other details about him hidden from the media.

Kyutie's net worth is unknown. According to sources, she has a net worth of over $2.2 million as of mid-2019, which she has amassed through a successful YouTube career. Her internet celebrity has led to a slew of options, including sponsorships and other commercial ventures. It is believed that her riches would expand as she continues her endeavors.

She has accounts on several major social networking networks, but she no longer updates any of them, as do many other YouTube personalities. She has over 100,000 Instagram followers and mostly publishes pictures of her pet dog, as well as a few nostalgic photos. She has a Twitter account with over 12,000 followers, but she hasn't updated it since 2017 when she announced that she had reached two million subscribers. She also has a Facebook page, although she hasn't updated it since 2018 — her most recent post was a funny meme and a few updates on her life.