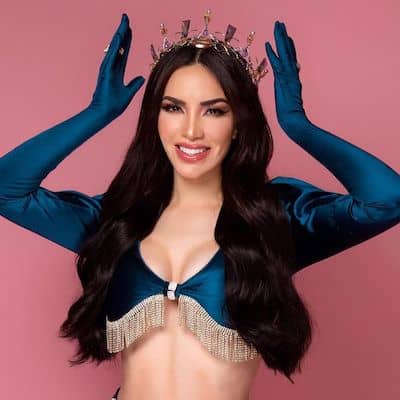 Kimberly Loaiza is a prominent vlogger. She is known for posting challenges, tags, and tutorials on her self-titled YouTube channel. Loaiza is one of the most popular Mexican faces on the platform, with over 14 million followers on her channel.

Kimberly Loaiza is a 23-year-old and her birth name is Kimberly Guadalupe Loaiza Martinez. She was born on December 12, 1997, in Mexicali, Mexico. Her zodiac sign is Sagittarius and is of Latino ethnicity. Moreover, she has two younger siblings named Carlos and Stefanny.

With her 'Joke to my EX with lyrics (I'm Pregnant) Goes Bad / Kimberly Loaiza' video, the Mexican beauty rose to new heights of fame. She played a prank on her then-boyfriend in this vlog. The video went on to become an enormous success in the months that followed. She continued to post similar videos, along with other entertaining content. It didn't take her long to become extremely popular on YouTube. Currently, she has over 14 million subscribers to her YouTube channel.

She began using social media in 2011 when she created a Twitter account. Her YouTube channel began in 2016. Her first video served as an introduction, and it was followed by a tag video. Loaiza first gained attention in December 2016 when she uploaded a video titled 'Yoga Challenge / Kimberly Loaiza Ft. Juan de dios Pantoja.' This challenge video, which featured her and her then-boyfriend, quickly went viral. The video has received millions of views over the years.

'Roast Yourself Challenge- Kimberly Loaiza Ft. JD PANTOJA,' is her most popular video to date. From there she has received over 85 million views. This video demonstrates Loaiza's abilities as a singer and actress. Her performance in the video is breathtaking—this is a must-see for her fans! She is also well-known on Instagram, where she has over 10 million followers. She also has a sizable fan base on Twitter, where she has over 1.5 million followers.

Kimberly Loaiza was married to fellow YouTuber Juan De Dios Pantoja in 2016. Her relationship with Juan has been complicated; she has an on-again, off-again relationship with fellow content creators Juan. In 2019, after the birth of their daughter Kima, the couple divorced in the year 2020. As the rumors circulated that Juan had been unfaithful with other women as well as other men.

The scandals were extremely damaging to the couple. As a result, they decided to separate and work on their issues away from the spotlight. There is no information on Juan's previous relationship with her, which we will update as soon as possible.