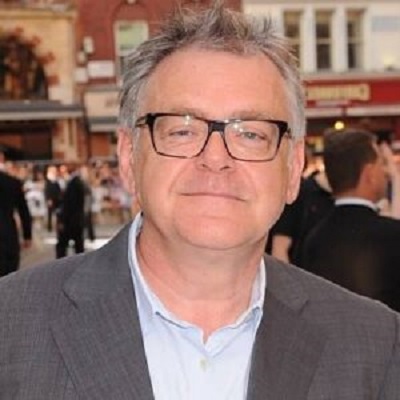 Kevin Mcnally is a well-known English actor who has worked in the theatre, radio, film, and television. Kevin Mcnally is best known for his role as Joshamee Gibbs in the Pirates of the Caribbean film series and popular television shows such as Supernatural.

Kevin McNally was born on April 27, 1956, in Bristol, England. Kevin Robert McNally is his full name. He is of British nationality and of Irish and English ancestry. His father and mother's identities are unknown. He attended Redhill and Mapledene Junior Schools, as well as Central Grammar School for Boys. He also received a scholarship to the Royal Academy of Dramatic Art. He later attended the Royal Academy of Dramatic Art.

Kevin McNally began his career at the Birmingham Repertory Theatre when he was 16 years old. After three years, he received the Bancroft Gold Medal for Best Actor for his stage performance. Furthermore, his most notable stage performance was Alan Bennett in The Lady in the Van in London's West End, opposite Juliette Binoche. At the Savoy Theatre, he played Richard in 'Dead Funny.'

Similarly, he was cast as Castor in the BBC television series I, Claudius in 1976. The following year, McNally made his film debut as HMS Ranger Crewman in the British spy film The Spy Who Loved Me.  Furthermore, McNally's television career skyrocketed following his work in The Antagonists (1981) and the cult TV series Doctor Who: The Twin Dilemma (1984). He established himself as a reputable and versatile actor on both British and American television during the 1980s and 1990s. Among them are Stalin, High Heels, Low Lifes, The Phantom of the Opera, Hamilton: In the Interest of the Nation, Rab C. Nesbitt (Commons), Princess Diana's Murder, and The ABC Murders.

Kevin worked in the acting industry for over four decades, earning a good living. McNally's estimated net worth as of 2022 is $1 million, according to celebrity net worth. Furthermore, the average weekly salary for an American theater actor is $1,145.70.

Furthermore, he has appeared in a number of successful films that have performed well at the box office. Valkyrie grossed $200.3 million, Pirates of the Caribbean: Dead Men Tell No Tales grossed $794.9 million, and Johnny English grossed $160.5 million.

Kevin McNally has been married to Phyllis Logan, a famous Hollywood actress, for a long time. On August 15, 2011, the couple exchanged vows. In 1996, they welcomed their first child, a son named David McNally. Kevin also has a daughter from his relationship with Stevie Harris, Rachel McNally. However, no specific information about them has been revealed.

Kevin McNally stands 5 feet 10 inches tall and weighs 75 kg. He used to have blond hair, but now that he's in his 60s, he has grey hair. Despite the fact that he appears charming and handsome and has blue eyes.