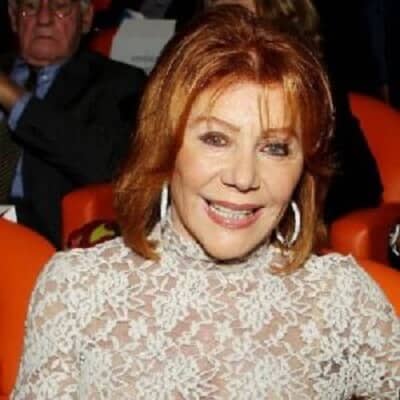 Joy Philbin is a well-known American television personality who has appeared in films such as 'At Home With...and Haven,' 'Miss Congeniality 2: Armed & Fabulous,' 'Malibu Express,' and 'Night and the City.' She is best known as Regis Philbin's widow.

Joy Philbin was born Bette Joy Senese in New York City, New York, USA on February 1, 1941. Her age is 2022 is 81. There is very little information available about her family history and early life. She has said nothing about her parents. She is one of her parents' two children, and she has one sister, Jan. Philbin was born and raised in New York City, and she is Caucasian.

Joy Philbin rose to prominence as the host of HGTV's At Home With... and Haven, the syndicated home show. Furthermore, she and her husband, Regis, co-hosted Live with Regis and Kathie Lee (1988-2001), as well as Live with Regis and Kelly in Kelly Ripa's absence. She also appeared as a guest star with Regis on Ripa's situation comedy TV show, Hope & Faith (2003–2006).

In addition, she has appeared in three films. She played herself in Robert De Niro's 'Night and the City,' Sandra Bullock's 'Miss Congeniality 2: Armed & Fabulous,' and Darby Hinton's 'Malibu Express.' She played Joy Philbin in all three of her film roles.

Joy Philbin's net worth is estimated to be between $100,000 and $1 million as of 2021. Her career has provided her with a good living. Prior to his death, her late husband, Regis, was estimated to have a net worth of around $150 million.

Joy Philbin had been married to Regis Philbin for more than 50 years before his death in 2020. On March 1, 1970, the couple exchanged wedding vows. They have two children, Joanna Philbin and Jennifer Joy, from their marriage. The couple lived in Manhattan, near the WABC-TV studios, and Greenwich, Connecticut, at the time of his death. He died of natural causes on July 24, 2020, in New York, at the age of 88.

Joy's hair is auburn, and she has blue eyes. Her height, weight, and other body measurements have not been revealed.

Philbin appears to be inactive on social media. There are accounts with her name on Twitter and Instagram, but no posts, so it is difficult to assume that Joy used those accounts. She appears to have chosen to avoid the world of social media.