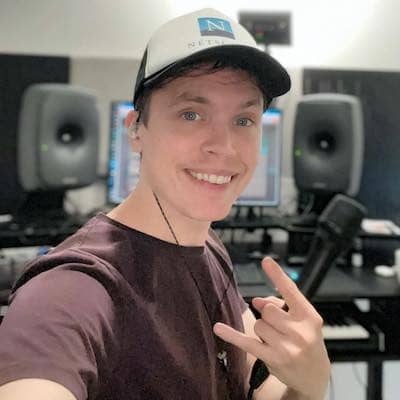 Joel Berghult, better known as Roomie, is a YouTuber, singer, and songwriter from Sweden. He has a YouTube channel called RoomieOfficial, where he posts covers, original songs, and other music videos. Joel Berghult is also widely followed on Instagram and Twitter.

Joel Berghult was born in Gothenburg, Sweden on April 8, 1988. He later relocated to London, England. The media has no access to information about Berghult's parents, other family members, or education. He was in a relationship with Bethany Connor, but they split up in 2018. He relocated to Los Angeles, California, in 2021.

Similarly, he has appeared as a guest on a number of popular reality television shows, including Big Brother. He is a very friendly person who gets along well with other well-known YouTubers such as Schmoyoho, Jackfilms, PewDiePie, and Element Animation. He frequently works with them on his videos.

Moving on to his education, he graduated from Musikmakarna in the year 2014. There he studied Songwriting and Music Production. In the year 2007, he studied jazz drumming at the Ljungskile College of Music. He was still drawn to rock music and during his college years. Moreover, he honed his singing, music production, and instrumental talents other than drumming.

On July 25, 2010, Joel Berghult launched his YouTube channel RoomieOfficial. To begin, he posted the music video Falling in Love (Original). He then made a slew of new music videos. His most popular videos are One Guy, 14 Voices and One Guy, 43 Voices (with music). He sings in 14 different voices in the first video, which has over 24 million views, and 43 different voices in the second video, which has over 95 million views. The channel of Joel Berghult currently has 7.45 million subscribers.

Other music videos worth watching include Numb - Roomie (Original Song) and Using Auto-Tune in Fun Ways (Song + Vlog). For his videos, the Swedish artist has also collaborated with other YouTube personalities. One such video, titled His Name is PewDiePie (Song with PewDiePie samples) - Song Challenge 1, includes a surprise entry by PewDiePie, a popular gaming YouTuber. Joel Berghult has also written songs for PewDiePie, the most popular of which is Fabulous, which he has used in his gaming videos.

In terms of earnings, he is a well-known YouTube star who is also a singer and songwriter. According to his YouTube career, he has published 273 videos that have received over 598 million views. On average, he produces six new videos per month. And his main YouTube channel has earned him more than $2.4 million in net worth.

Moving towards his relationship status, Joel Berghult is currently single. Previously, he dated Bethany Connor. She is a Vermont singer-songwriter. Her music explores some of the timeless themes of love and loss through the eyes of a young adult. Unfortunately, they divorced in May of 2018. Aside from that, there is no additional information about her link-ups.