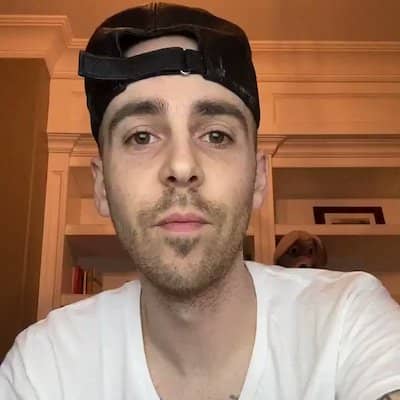 Jason Ethier, better known online as JayStation, is a controversial YouTuber best known for his "24 Hour Challenge" videos, which frequently show him trespassing into various locations in Ottawa after working hours and spending the night there.

His astrological sign is Aquarius. He has a sister named Jacqueline Ethier, according to his siblings.

On June 1, 2015, Jason Ethier launched his YouTube career by launching the channels 'JayStation' and 'JayVision.' While he rarely uploaded videos to the latter, the former quickly became famous for his outlandish videos. For example, he began by telling a 'Story Time' video about being arrested for sneaking into a mall. While he did post a few prank videos, it was his '24 Hour Overnight Challenge videos in which he attempted to spend the night in places such as a church, a homeless shelter, a school, and so on that drew the most attention from netizens.

Within a year, he was not only sneaking into restaurants, auto shops, malls, and dumpsters, but he was also sharing videos of himself sneaking into strangers' homes, luxury hotels, and even the Trump Tower. He soon began to receive police warnings, forcing him to close his original channel and move the videos to the new one, 'ImJayStation.' While his old channel had around 360k subscribers at the time, the new one had over 100k within a day. He's been a little more cautious since then, but he still posts 'overnight challenges,' '3 A.M. challenges,' box forts, and vlogs.

On Instagram, he goes by the handle @tydelevi and has 1,401 posts. He is a well-known YouTuber with over 5.48 million subscribers on his channel YouTube ImJayStation.

Jason Ethier has sparked debate since he began posting his YouTube overnight challenge videos. He was arrested in November 2016 after posting a video of himself sneaking into an empty house. Even though he later claimed that the video was staged, he was still charged with five counts of trespassing for entering other places. YouTube then decided to demonetize his entire channel rather than just the five videos involved, prompting him to create a new channel and re-upload the remaining videos.

On a Reddit post in February 2018, it was revealed that he had stolen a 'Fortnight' gameplay video from a less popular YouTuber for one of his own videos without crediting the original creator. He made headlines once more in late March 2018, when he was arrested outside the ticket booth at Disney's Magic Kingdom in Florida. Ethier, who was visiting the state with fellow YouTuber TheFAM,' was filming content for future haunted vlogs when they went to Disney World to fulfill a lifelong dream. He placed his $3000 camera inside his bag, handed it over to authorities at a security table for inspection, and himself passed through the metal detector.

However, when he went to look for the bag five seconds later, both the bag and the camera were gone. When he requested that they investigate security footage, he was reportedly told to contact lost and found to retrieve them. They also stopped 'TheFAM,' who had begun filming the incident and ordered him to delete the video. Ethier was asked to leave after he began live streaming the incident to his fans, and he became aggressive and verbally abusive as a result.

The officials then summoned police, who arrested him and charged him with trespassing and resisting arrest without violence, despite video evidence showing him fleeing while blaming them. He was later arrested at the Orange County Sheriff's Office and released on a $1,200 bond. Ethier, who had recovered portions of his stream from fans as well as deleted footage from TheFAM's camera, claimed that "if I didn't have any video evidence, I'd be screwed." Orange County police claimed in their arrest report that he threatened to sue the officer.

ImJayStation, stands at a height of 5 feet 9 inches tall and weighs 76 kg. His hair is light brown, and his eyes are brown. There isn't much information available about his shoe size or other body measurements.