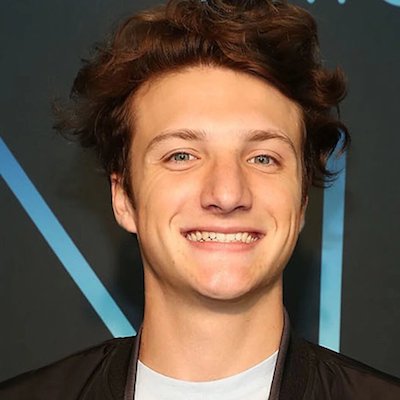 Jake Short is an American television and film actor best known for his role as Fletcher Quimby in Disney's hit sitcom 'A.N.T. Farm.' He co-starred in the sitcom with China Anne McClain and Sierra McCormick, and his raw personality and acting talents helped him gain a following.

On May 30, 1997, he was born in Indiana, the son of James Cramer Short and Dr. Kimberly Kennan. Jake's interest in the performing arts and sports began when he was very young. In elementary and high school, he engaged in gymnastics, soccer, and guitar, and was a martial artist. It's not always easy to adjust to the mainstream after performing as a kid star, but Short took the risk and eventually established himself in the profession.

Jake's older brother was the one who encouraged him to pursue acting. When Jake was ten years old, he and his brother both enrolled in acting classes, and while his brother soon dropped out due to boredom, Jake stayed in the sessions since he thought it was an interesting career prospect.

Jake's adaptability paid off when he landed a TV role immediately after relocating to Los Angeles with his grandma. Short's performance in the campaign drew the attention of other firms, and he was approached with offers to do ads for Febreeze, Danimals, Florida Orange Juice, and a variety of other companies. He continued to work in advertisements until he was cast in The Anna Nicole Smith Story. Following that, he had a role in the film Shorts. The actor made an appearance in an episode of the popular Zeke and Luthor series in 2009. His next film role was in Dexter, which gave him his first major break. Short began to acquire traction on television as he began to appear on a variety of shows.

The actor, who was already well-known, was cast in the popular Disney animated series A.N.T. Farm. Fletcher Quimby was his character in the series, which lasted till 2014. Jake has also had important roles in Kirby Buckets, Mighty Med, and other productions. In 2016, he was awarded another starring role in the series Lab Rats: Elite Force.

In the 2013 film Unravelled, Jake Short demonstrated his abilities as a filmmaker and writer. Jake has won the Kid's Choice Award, the Young Artists Award, and numerous industry accolades for his great performances.

Jake Short's net worth is estimated to be $1 million, thanks to his acting success. The actor also makes money from advertising on television. Jake Short has remained in the film industry and is pursuing new opportunities to advance his career. According to sources, the actor's series pays him almost $110,000 each year, making him one of the highest-paid kid actors.

Jake, despite his youth, has some stories to tell in his love diary. Short was previously married to his A.N.T. Farm co-star China Anne McClain. The two, who were buddies on the big screen in the show, began dating in 2012 but broke up the following year. Jake's next relationship was with Piper Curda, an American actress. Jake continued to date Alexxis Lemire, albeit it is unclear how their relationship ended. Short and Alexxis, who is also an actress, made headlines in early 2016 after being discovered together by several news outlets.

Jake Short, like the majority of his coworkers who began their careers as child stars, went through a growth spurt that turned him from a child to an adult. He stands 1.75m (5 feet 9 inches) tall, which is pretty proportionate to his 66kg weight.