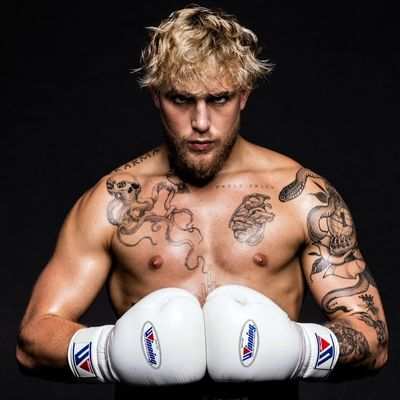 Jake Paul is a famous and prominent American actor. Additionally, he is also an internet personality. Jake is extremely popular for his videos on the now-defunct video application Vine. Furthermore, Paul also got to play the role of Dirk on the Disney Channel comedy series 'Bizaardvark' because of his videography.

Paul was born on January 17, 1997. His birthplace is in Cleveland, Ohio, Unites States of America. similarly, his nationality is American. On either hand, his ethnicity is North American. Based on his birthdate, Paul's zodiac sign is Capricorn. Currently, he is 25 years old. The birthname of Paul is Jake Joseph Paul.

Likewise, the names of his parents are Greg Paul and Pam Stepnick. He grew up in his birthplace, Cleveland. As a sibling, Paul has a brother, Logan Paul. Logan Paul is a social media entertainer and a famous Vine Star with his colossal fan following. In regards to his educational background and academic qualification, Jake went to Westlake High School in Ohio. According to some sources, he was a sports enthusiast in his early life. During Jake's college days, he used to participate in different sports like football and wrestling. Amazingly, he ranked fifth in a state wrestling tournament.

In Septe, ber 2013, Jake Paul launched his Vine account and started uploading numerous videos. Moreover, his hilarious videos are a craze and great fan following. Surprisingly, he also often hurts himself while filming his videos. In addition, he also has already made a name in taking risks like jumping over a car and much more similar stuff while creating his Vines. And, he had already done videos with big names such as Virgin Mobile, HBO, Ritz, and Pepsi.

Besides, Paul is also a professional actor. He has proved his mettle essaying characters like Lance in the YouTube Red original film 'Dance Camp'. It is a comedy-drama that was released on February 10, 2016. Along with this, he has also played the role of Dugan in another comedy, a Fox Digital Studios production 'Mono'. It was released on July 8, 2016, in the United States.

Amazingly, he is the first social media personality to land up in one of the main roles in a Disney Channel regular series titled 'Bizaardvark'.  Consequently, his acting prowess sees him perform difficult scenes with ease and great élan, and that too in one take thus earning him the epithet "One Take Jake". Also, Jake is associated with Kellie Stewart, Cameron Dallas, Josh Peck, Alissa Violet, and Dolan Twins, and many more. Astonishingly, he is an international YouTube sensation as well as a singer. Jake has released a total of 15 singles since the years from 2015 to 2019. The names of some of his singles are Saturday Night, I'm SIngle, Jerica, and so on. On top of that, he has also partnered with Los Angeles-based brand development group GenZ Holdings Inc.

Talking about his awards, Jake was nominated for the title "Videographer Award" and "Comedian Award". It was at the 6th Annual Shorty Awards in 2014. Paul has also received three awards. It includes "Social Media Star" (2017) at Radio Disney Music Awards, "Choice Music Web Star" (2017), and "Choice YouTuber" (2017) at Teen Choice Awards.

Based on some research, his estimated net worth is around $60 million. He is also one of the highest-paid YouTube stars. Annually, he can earn around $40 million maximum. Paul's primary source of income is through his profession as a social media personality, actor, boxer, and also comedian.

Currently, the talented American personality does not seem to be involved in any relationship. As of 2022, Jake Paul is presently single and not dating anyone. Earlier than that, he had dated Julia Rose. Julia Rose is an Instagram model and also a social media influencer. Unfortunately, the couple broke up in May 2020 after staying together for a month.

In 2019, he dated an internet sensation, musician, and model, Tama Mongeau. It is said that they married in July 2019. But, it was not a legal marriage. But in 2020, the couple claimed that they were taking a break and did not update after that about them. Prior to that, he had also dated Alissa Violet. But, they separated in 2017.

With a slim body type, Jake Paul is around 6 feet and 2 inches tall. Also, his exact weight is 87 kgs. Naturally, Paul has blond colored hair with dark brown eyes. His chest size is 44 inches, waist size is 34 inches, and biceps size is 16 inches. Other details about his body measurements are not available through any sources of information.