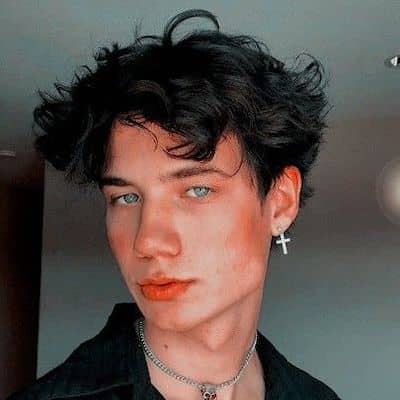 Jaden Hossler is a TikTok star, Instagrammer, aspiring singer, and social media influencer from the United States. He rose to prominence primarily through his @jadenhosslerTikTok account, where he has over three million followers. Hossler, who is originally from Tennessee, did not begin using social media until he was 18 years old.

Jaden Hossler was born on February 8, 2001, in Chattanooga, Tennessee, to parents John and Amy Denae Hossler. Sophie, Clayton, and Haley are his three sisters. Hossler described his parents as role models in an interview, saying that "they are genuinely the best people in the world." His mother has appeared in a number of his videos.

Jaden Hossler discussed the beginning of his journey to becoming a social media star in a 2020 interview. He was almost completely unaware of social media for the first 17 years of his life. According to some sources, he uploaded his first Instagram post on July 20, 2016, which was a photo of one of his drawings. However, it appears that this post was removed at some point.

Jaden Hossler began using social media seriously after the age of 18. In January 2019, he created the @jadenhossler TikTok account on the advice of a girl named Lily and began posting videos on it. He explained that a friend named Curtis had told him to join the app when it was still known as Musical.ly, but he was bald at the time and didn't think anyone wanted to see that.

His first TikTok video is a short skit about prisoners in a bathroom set to Bobby Caldwell's "What You Won't Do For Love." In the months that followed, he performed to songs by Ramz, Clairo, and Justin Bieber, to name a few. Hossler has recorded duets with artists such as Avani Gregg and Gustavo Bonfim. Nowadays, each of his posts receives hundreds of thousands of likes.His most recent Instagram upload is a series of photos in which he can be seen wearing a leopard-printed jacket. On July 12, 2019, he published them. On this platform, each of his uploads currently has hundreds of thousands of likes.

On April 29, 2019, Hossler launched his self-titled YouTube channel. He is rarely active on it, however, and has only posted two videos to date. He now lives in Los Angeles, California. He was signed by TalentX Management in 2019 and later that year became a member of the agency's newest social group, Sway House. Its creative director is YouTube star Nick Bean, and its other members include Josh Richards, Bryce Hall, Anthony Reeves, Kio Cyr, Tal Fishman, and Griffin Johnson. Hossler and the other Sway House members live in a mansion named after the group.

Jaden is a budding musician and singer. On TikTok in the summer of 2019, he posted a video of himself singing one of his songs while playing the ukulele. In a 2020 interview, he stated that he was attempting to release a number of his original songs and that his debut single would be available soon. He also revealed that he and his team were waiting for the right time and "legal stuff" before releasing four songs. Hossler regards Justin Bieber as his idol and has stated that he hopes to work with the Canadian pop star someday. He also wants to work on a musical project with Youngblood. Jaden and Mads Lewis were guests on KTLA Weekend Morning News on January 18, 2019.

As being a famous Tiktok star, it is estimated Jaden Hossler's current net worth is $1,090,000, based largely on the estimated salary and income of $324,000.

Updating his relationship status, Hossler began dating TikTok star, social media influencer, and actress Madison "Mads" Lewis in early 2019. On the platform, she has over 5 million followers and over 300 million likes. Mads and Hossler appear frequently in each other's content. She is best known for her role as Birdie in 'Chicken Girls' (2017-present) and 'Chicken Girls: The Movie' (2018).