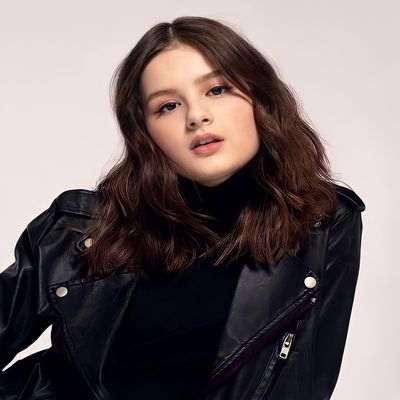 Hayley Leblanc is a famous and prominent American YouTuber. Moreover, she is also an Instagram personality as well. In addition, the young YouTuber was able to gain much fame as a member of the YouTube family vlog channel Bratayley. LeBlanc has also signed with Disney's Maker Studios.

The full name of Hayley is Hayley Noelle LeBlanc. Noelle was born on Spetmeber 2, 2008. Also, her birthplace is in Texas, United States. Presently, she is 14 years old. According to Hayley's birthdate, her zodiac sign is Virgo. Likewise, her nationality, as well as ethnicity, is American.

In addition, she was born to Billy LeBlanc and Katie LeBlanc. And, she is the youngest one in the family. She has an elder sister, Annie as a sibling. Hayley had an elder brother as well. Her elder brother was the eldest of the siblings. Sadly, he passed away sure to a hypertrophic cardiomyopathy in 2015 when he was 13 years old. From an early age, she developed her interest in YouTube as her sister was also pursuing a career in it. In regards to her educational background, she and her siblings were homeschoolers initially. Later on, she started going to a private school to this date. The name of the private school is Indian Creek.

The career of young one, Hayley began her career as a YouTuber in her family's vlog Bratayley. In the initial phase, the channel was created for her in 2010. But now, she together with her sister Annie runs the channel. Her sister, Annie also has a channel to post her gymnastic videos. Her late brother, Caleb owned his channel named "FlimsyArrow". Hayley owns her personal YouTube channel named, "Hayley LeBlanc". It was launched on December 14, 2015.  Previously, she also used to post videos on her musical.ly (Tiktok) account. Additionally, Hayley's most popular videos consist of "dancin' With Miss Carrie". Amazingly, the video crossed over 4.4 million views.

The family vlog YouTube channel "Bratayley" was created through brat + Hayley. This is because Hayley sometimes behaved like a 'brat' as a little child. Though it was initially created for Hayley, it simultaneously became the official vlogging channel for the whole family. Occasionally, the channel featured her siblings in some of its videos.

On top of that, she has also signed with Disney's Maker Studios as mentioned above. Besides, she also played the role of Harmony on the web series Chicken Girls. It seems as if she is close friends with singer and fellow CHicken Girls star Carson Lueders. Hayley has appeared with her brother Caleb and sister Annie on another channel, "OMMyGoshTV". In 2017, she also gymnasts in LA along with her sister Annie LeBlanc, Hayden Summerall, and JoJo Siwa. In 2020, Hayley also became a member of the "Run The World girl group". Recently, she met her favorite YouTube personality "Rosanna Pansino". Rosanna has a popular cooking show on YouTube.

Based on the latest reports, their estimated net worth of Hayley is more or less $0.3 million. The primary source of her income is her singing, acting, and YouTube career. Besides, there are no details available about her annual salary, personal belongings, and other endorsements.

As we all know, Hayley LeBlacn is still extremely young to be involved in any kind of romantic relationship. Similarly, she has not seen any guys dating or being in a relationship. Having said that, he has a lot of admirers at such a young age. As Hayley is a beautiful and pretty girl, it would not be a surprise that she might be dating a guy in her future days. Also, LeBlancs is young and fully focused on her career as well as study.

Presently, she lives in Maryland with her parents and sibling. Hayley has poor eyesight and also had to go through eye surgery. And, she has three pet dogs. The names of their [ets are Piper, Winnie, and Gigi.

Currently, Hayley's exact height is around 4 feet and 10 inches. On the other hand, her weight is 42 kg. Her exact body measurements as in chest size, waist size, and hope size are 31-23-32 inches respectively. Furthermore, has light brown hair and brown eyes. Hayley has naturally curly hair. But, it seems as if she often straightened her hair for a different look. She has also been nicknamed Molly for her look.

As an influencer, Hayley is active on most social media platforms. On Instagram, LeBlanc has over 4 million followers with the username @hayley.leblanc. Moreover, her username on her official Twitter account is @HayleyLeBlanc. Astonishingly, she has 58.8k followers on it. Nevertheless, she does not seem to own any official or verified account on Facebook.