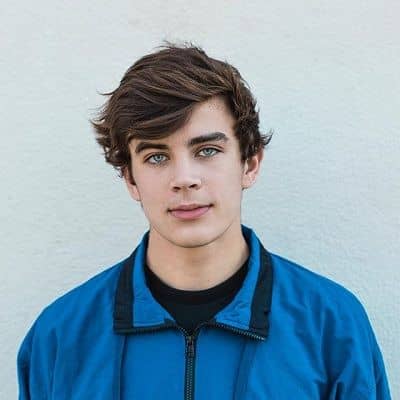 Hayes Grier is a famous American social media personality. He became popular on Vine and his YouTube channel. He is a member of Magcon Boys that was formed in 2013 that also made him popular.

Hayes Grier full name is Benjamin Hayes Grier who was born on June 8, 2000 in Mooresville, North Caroline, United States. His father's name is Chad Grier and his mother's name is Elizabeth Grier. According to his date of birth his astrological sign is Gemini. He also has two elder brothers named as Will and Nash Grier. Hayes also has younger half sister named as Skylnn. The elder brother Will is a quarterback at West Virginia University and his other elder brother is Vine personality. His half sister is daughter of Elizabeth and her current husband John Floyd.

Regarding his educational background he has completed his schooling at Davidson Day School.

Grier was a contestant in 21st season of " Dancing With The Stars" and his partner was Emma Slater but sadly they were eliminated in the seventh week in eight place. After this show he signed a deal with Creative Artist Agency to join Dancing With The Stars in 2015. He is also in a Hulu Tv show named as Freakish season one and he also has a reality show called Top Grier on the app go90. In November, 2016 he published his first novel called " Hollywood Days with Hayes" . In 2017 he renewed two more seasons of " Top Grier" .

Hayes is currently single and he might have dated someone in the past but he hasn't spoken about it . He hasn't given much priority to the love life instead he is focused in his career. He has always maintained a clean profile.

Hayes is very talented and he might have earned quite good sum of money . According to resources his net worth is estimated to be around