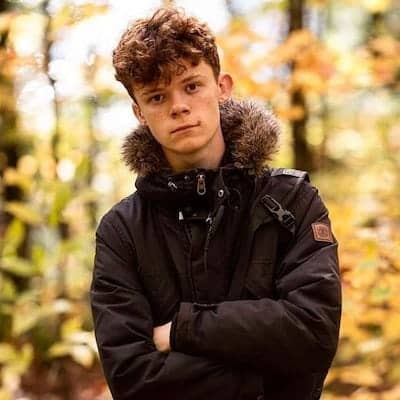 Harry Holland is a British actor and the younger brother of Spiderman star Tom Holland. Harry Holland has worked on projects such as Spider-Man: No Way Home (2021), Spider-Man: Far from Home (2019), and Uncharted (2022).

His birthday is June 8, 1998, he was born in Kingston upon Thames, England. His mother's name is Nicola Elizabeth Frost, and his father's name is Dominic Holland (author). Furthermore, Harry is of English descent and has a twin brother named Sam. Paddy Holland and Tom Holland are his two brothers. In terms of education, he graduated from The BRIT School.

Harry's professional life is not well known. He has appeared in a few film projects as an actor. His first appearance was as Kid in the Tent in the 2012 film The Impossible. Then he appeared in Diana as Prince Harry, Tweet as Harry, and Hugo Hans: Wildrunners as Skater.

According to 2022 sources, his net worth is estimated at around $500 thousand. However, his annual salary is hidden. Tom Holland, his brother, has amassed over $18 million in assets.

Harry Holland's current relationship status is unknown. He has not revealed any information about his affair or girlfriend. His Instagram is jam-packed with photos of his family and friends.