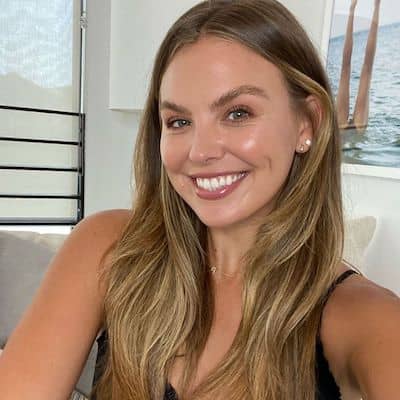 Hannah Brown is a beauty pageant winner, television personality, and social media star. She rose to prominence as the lead in the 15th season of the American dating reality show The Bachelorette. Hannah Brown is also well-known for her appearance on Dancing with the Stars season 28, where she won.

Likewise, she was raised in both Tuscaloosa and nearby Northport, Alabama, alongside her brother Patrick Brown.

She was also a member of the Alpha Chi Omega sorority's Alpha Upsilon Chapter in college.

In college, she was also a member of the Alpha Chi Omega sorority's Alpha Upsilon Chapter. Hannah Brown launched her own YouTube channel in August 2020. "Welcome to My Channel - Hannah Brown" was the title of her first video. Her vlogs, storytime videos, and Q&A content have earned her a following on YouTube. Hannah also uses Cameo to send personalized video messages to her fans.