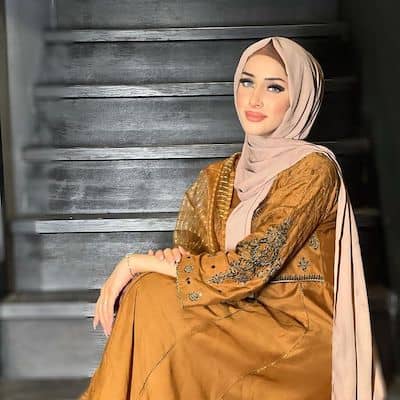 Froggy, also known as Seher Idrees, is a Pakistani-Canadian YouTuber and social media influencer known for her funny videos. Her celebrity stemmed from her collaboration with her friend and then-husband, Sham Idrees.

On September 18, 1994, Froggy was born as Seher. Her birthplace has not been revealed to the media, while theories point to Toronto or Pakistan. She has two siblings: Hassan, her brother, and Ayesha, her sister.

Queen Froggy's journey to popularity began on the channel of her then-friend Sham Idrees. Sham had begun to achieve recognition as a video content provider on YouTube. When Froggy began participating in collaboration videos on his channel in 2015, he had amassed quite a following. Sham had asked her about appearing in his vlogs. Among these early videos were 'When Your Wife is a Thug Life,' 'Desi Marriage Problems,' 'Never Hit a Woman,' and 'When You Call a Girl "Moti." The combination of humor and social messages in these videos, along with Froggy's attractiveness, resulted in millions of views.

These became among of his most popular videos on his channel, and both of them became social media hits overnight. Clearly, the chemistry between the two was working, as they continued to collaborate on YouTube videos.

Although Froggy's real name was never disclosed in these earlier films, fans began to speculate that her real name was Parveen or Ayesha. The duo, of course, started this as a joke. As her popularity grew, people began to request that she appear in more videos, and Sham Idrees and Froggy were only too pleased to oblige.

Simultaneously, the duo began to attain mainstream appeal. This was partly owing to their appearance in the 2016 drama serial 'Jaana.' Seher's growing fame also compelled her to create her own channel. She still does videos with Sham, but she is also very active on her own channel, 'Queen Froggy.' On November 30, 2016, she uploaded her first video to her channel, titled 'My First Video.'

Following that, she began publishing videos on her channel, which helped her subscriber base grow. The majority of the videos are pranks or comic skits. Some include vlogs with her family members, Q&A sessions, and reaction videos. She has had over 632k subscribers since the beginning of her channel. The vlog 'My Hijab Story,' which was posted on February 11, 2017, became the first video on her channel to receive over 1 million views. The video, which was made in response to online hatred and inquiries about her hijab, received positive feedback from the online community.

Froggy and Sham Idrees were attacked on May 5, 2019, in Karachi during a meet and greet by followers of Pakistani YouTuber Ducky Bhai. While some social media influencers claimed the event was staged, others denounced the violent behavior, particularly since Froggy received a hit to the face and Sham was hurt. In a statement, the pair criticized the needless violence.

Wikipedia, Forbes, IMDb, and other online sites estimate that prominent Instagram star Froggy's net worth to be $64 million at the age of 24. She worked as a full-time Instagram star to make the money.

Froggy doesn't talk about his personal or romantic affairs. We will keep adding fresh relationship information to this page, so be sure to check back frequently. Let's look at Froggy's previous hookups, romances, and ex-girlfriends. Froggy chooses to keep the specifics of his marital status and divorce private.

When someone is actively pursuing romantic relationships with several people, that person is said to be "dating." When two single celebrities are spotted out together, they are sometimes referred to be "dating," even when it is unclear whether they are just friends, trying out a more personal relationship, or are romantically involved.