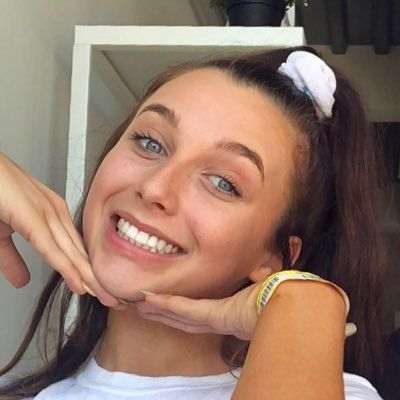 Emma Chamberlain is a famous American YouTuber. Moreover, Emma has collaborated with numerous other Youtubers and companies. Also, it helped her gain more popularity. In addition,  she also attended Fashion Weeks in Paris and New York. In addition, she also gave an appearance on the cover of Cosmopolitan and many more.

Emma was born on May 22, 2001. Presently, Emma is 20 years old. The birth name of Emma is Emma Frances Chamberlain. As per her birth date, her zodiac sign is Gemini. Emma's birthplace is in San Bruni, California. Chamberlain belongs of American nationality whereas her ethnicity is unknown through any sources.

Likewise,  she was born to Michael and Sophia Chamberlain. Emma was raised in San Mateo County. Unfortunately, her parents got separated when she was 5 years old. Currently, she stays in Los Angeles. Regarding her educational background, he went to Central Middle School in California. Later on, she studied at Notre Dame High School, Belmont. However, she left the school during the first semester of her junior year. Nevertheless, she graduated and completed her high school-level education after passing the California High School Exit Exam.

In 2018, Chamberlain shifted to Los Angeles. Then, Chamberlain formed the Sister Squad with fellow teen YouTubers James Charles and comedy duo The Dolan Twins. In 2018, Tana Mongeau invited Chamberlain to be a Featured Creator at Tanacon in Anaheim, Mongeau's alternative to VidCon. She also hosted the Teen Vogue event Generation Next attended by Vogue Editor-In-Chief Anna Wintour. Similarly, she attended her second Louis Vuitton collaborating with Vogue for a preparation video about the process.

In March 2018, Chamberlain became associated with the shopping app Dote. In July, Dote released a clothing line designed by Chamberlain, Low Key/ High Key by Emma.  In 2019, Chamberlain launched her own online mail-order coffee company, Chamberlain Coffee. Similarly, Chamberlain has also launched her podcast in April 2019. It is a weekly series in which she attempts to make an ongoing conversation about any particular issue/topic.

According to some sources of information, Chamberlain's estimated net worth is around $12 million. Similarly, the social media personality can earn around $2 million in a year excluding the income from her other endorsements and businesses. Additionally, she also has a healthy business from sponsored posts on Instagram. As mentioned above, her first big endorsement was for the shopping app Dote.

Moreover, the Shorty Awards of 2020 included her winner in Best Podcaster. Also, Streamy Awards of the same year included the nomination of Creator of the Year and winner of First Person and Creator Product. Not only this but she was also nominated for Podcast and Editing. In Peoples Choice Awards, she won two titles. And, they are Social Star of 2020 and Pop Podcast of 2020. Recently she was nominated for Favorite Female Creator in the Kids Choice Awards of 2020.

As of 2022, Emma does not seem to be dating anyone. Hence, she is currently single. Also, Emma is presently low-key about her romantic life as well. Earlier than that, she had dated Tucker Pillsbury. Moreover, both of them, Emma and Tucker had given hint about their affair through their social media accounts. Nevertheless, the couple had never confirmed directly about their past affairs.

Regarding a few scandals in which Chamberlain has been involved, people had once criticized her as she stopped her car-vlogging and started uploading lesser videos. Furthermore, she was also under fire when she broke her public friendship with Hannah Meloche and The Sister Squad. Along with this, there were also some rumors about her seeing Ethan Dolan by creating a mini-boutique on "dote" and blurring the products. Afterward, she cut tied with Dote of the scandals regarding this topic.

The well-known personality, Emma is around 5 feet and 5 inches tall. On the other hand, her weight is around 50 kgs. And, her chest-waist-hip size is 34-24-34 inches respectively. Also, she has lovely dark brown hair color. And, her eyes are blue.

Though she is active on some social media platforms, Emma does not seem to have an account on Facebook. However, she has her official accounts on Instagram and Twitter. On Twitter, she has around 16k followers with the username @EmmaAccess. Likewise, her username on Instagram is @emmachamberlain with around 15 million followers.