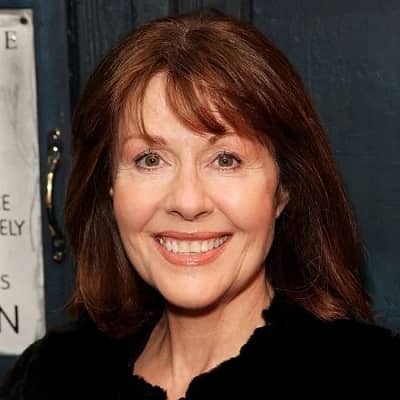 Elisabeth Sladen was an actress from England. She was best known as Sarah Jane Smith in the British television series Doctor Who, where she was a regular cast member alongside Jon Pertwee and Tom Baker from 1973 to 1976.

Sladen was born in Liverpool, England, on February 1, 1946. She passed away on April 19, 2011. When it comes to her nationality, she is British. Elisabeth Sladen was the daughter of Tom and Gladys Sladen. She was her parent's only child and had no siblings. She attended Elliott-Clarke Drama School.

Elisabeth Sladen died of cancer on April 19, 2011, in Southall, England. Her death occurred when she was 65 years old.

Elisabeth was always interested in performing. She began dancing lessons at the age of five and performed in one Royal Ballet production. She attended drama school for two years before joining the local repertory theatre in her hometown of Liverpool. She made her debut as an uncredited extra in Ferry Cross the Mersey. At the Playhouse, she made her stage debut as a maid in Twelfth Night. She also appeared as a corpse in The Physicists.

In 1969, she appeared in the play How The Other Half Loves, which moved to London in the autumn of 1970. Sladen's first television role in London was in a two-part Z-Cars story. When Katy Manning, who played the Third Doctor's assistant Jo Grant opposite Jon Pertwee, left the series in 1973, Z-Cars producer Ron Craddock recommended Sladen to Doctor Who producer Barry Letts.

Elisabeth's exact net worth and salary have yet to be revealed. Her net worth was estimated to be between $1 million and $2 million.

Brian Miller was Elisabeth Sladen's husband. She met actor Brian Miller during her first play there, and three years later, after reuniting in Manchester, they married. On February 25, 1985, they had one daughter, Sadie Miller. Sadie Miller, their daughter, also appeared in the documentary with Sladen in 1993.

Elisabeth stood 5 feet 3 inches tall and weighed around 65 kg. She had light brown hair and dark brown eyes. Her dazzling smile made her look stunning.