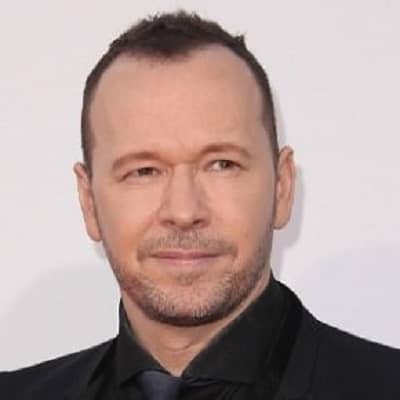 Donnie Wahlberg is a singer, songwriter, record producer, and actor from the United States. Donnie Wahlberg also founded the boy band 'New Kids on the Block.' He has also appeared in films such as 'The Sixth Sense,' 'Righteous Kill,' and 'Dreamcatcher,' among others.

On August 17, 1969, Wahlberg was born in Dorchester, Boston, Massachusetts. He was born to Donald Edmond Wahlberg, Sr., and Alma Elaine Wahlberg. His father was a delivery driver teamster, and his mother was a bank clerk and nurse's aide. Paul, Robert, Tracey, Michelle, Arthur, Jim, Debbie, and Mark are his eight siblings.

Since his childhood, he has had a strong interest in acting. He is an American citizen. Furthermore, he comes from a mixed ethnic background that includes Irish, Swedish, English, French-Canadian, and Scottish ancestors. Wahlberg went to William Monroe Trotter School for his education. In addition, he attended Copley High School.

Previously, Donnie Wahlberg was married to Kimberly Fey. From 20 August 1999 to 28 September 2010, the couple was together. Xavier Alexander Wahlberg and Elijah Hendrix Wahlberg are their two children from this marriage.

Wahlberg also dated Aubrey O'Day for a short time. He is currently married to actress Jenny McCarthy. On August 31, 2014, the couple married. Jenny recently marked their wedding anniversary by posting a photo of her husband on social media.

Donnie Wahlberg is 5 feet 10 inches tall, and his body measurements are (1.78 m). He also weighs approximately 82 kg. In addition, his hair is light brown and his eyes are dark brown.