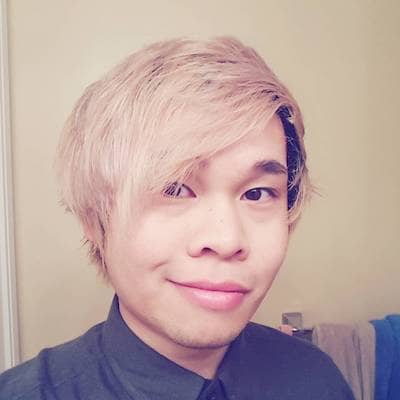 Dominic Panganiban is a Canadian-based Filipino YouTuber, animator, and social media personality. He is better known by his nickname and YouTube username, @Domics. Dominic, a native of Manila, moved to Saudi Arabia due to his father's occupation.

Dominic was born on September 27, 1990, as the second of his parents' three children in Manila, Philippines. He has one older and one younger sister. His mother raised him almost entirely during his childhood because his accountant father worked for a Saudi company. He and his family eventually relocated to Saudi Arabia to live with his father. When later asked to explain the family's relocation, he reportedly replied, "because of Ohana, man."

He used to struggle as a child with the concept of different countries and cultures. For a long time, he thought Saudi Arabia was just a province of the Philippines. He must have reached this conclusion because the area in which he and his family lived was densely populated with Filipinos. He attended the International Philippine School in Al Khobar during this time.

He and his family moved to Canada in 1997 and lived in Hamilton, Ontario, for about a year. They then relocated to Mississauga, where he stayed for the next seven years. During this time, he developed a strong interest in art. He began drawing almost every day after receiving encouragement from one of his teachers. He later developed an interest in drawing anime characters in a variety of styles. His family once moved to a different part of town, and he attended a school called St. Barbara.

Dominic moved to Virginia, USA, after his father was hired there. He struggled to adjust to the American education system and was frequently overwhelmed by the vast differences between it and the Canadian system. After graduating from high school and returning to Canada, he enrolled at Ryerson University, where he earned a bachelor's degree in architecture in 2012.

Dominic began posting a webcomic on Tumblr in July 2010. @Domics, the username he chose for himself, is a combination of Dominic and comics. He had always been interested in animation and decided to learn more about it after graduating from college. He began watching YouTubers such as Egoraptor, OneyNG, Rooster Teeth Animated Adventures, and Swoozie's content and learned animation by watching various tutorials.

On August 11, 2012, he launched his YouTube account 'Domics,' after finding moderate success as a social media-based cartoonist. On August 12, he posted his first video. It's called 'Domics: Rural,' and it's a 14-second clip in which Domics complains about the word "rural." This gave his early viewers an idea of the type of content he planned to release. He imitated Swoozie's vlog style in the video titled 'Domics: Relationship Status,' which was posted on August 30. Since then, the majority of his videos have followed a similar format.

Every one of his videos now has millions of views. The most popular videos on his channel include 'Crushes,' 'Butts,' 'Buying Used Things,' and 'Best Friend Zone.' On May 27, 2013, he created his secondary account, 'DUMBics,' and uploaded his first video, 'Strah burrz.' He has approximately 30 thousand subscribers on his YouTube channel.

He is currently not in a relationship. We don't know much about He's previous relationships or previous engagements. He has no children, according to our records.

Domics is of average height and has a charming appearance. However, his body measurements are not currently available. Similarly, he has an Asian appearance with fair skin, black eyes, and dark brown hair.