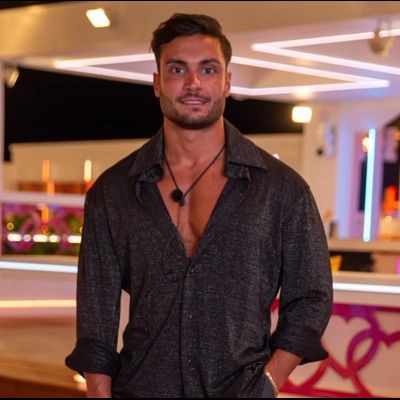 Davide Sanclimenti is a famous and well-known reality star as well as an Italian ENtrepreneur. Also, Davide was able to gain much fame when he appeared as a contestant in the eighth series of Love Islan. It is a British gaming show. Not only this, but he is also famous for being the winner of the show with his partner, Ekin-Su Cülcüoglu.

Sanclimenti was born on Jnayart 1, 1995.  His birthplace is in Rome, Italy. As of now, his exact year is 27 years old. Also, Davide belongs to Italian nationality. On the other hand, his ethnicity is not available through any sources of information. There is not much information about his family, parents, siblings, and childhood. According to his date of birth, Davide's zodiac birth sign is Capricorn.

Talking about Davide's career on Love Island, he came with much fame after he gave his appearance in the eighth season of the dating game show, Love Island. The show is a spin-off of the earlier celebrity series of the same name. Similarly, Becky Hill and Joel Corry gave their appearance on the show. They also performed during a VIP party at the Vibe Club. During the grand finale, Davide Sanclimenti and his partner, Ekin-Su Cülcüoglu became the winner of the show. Amazingly, won by around 63% of the final vote. Besides, Gemma Owen and Luca Bish were the runners-up. Also, the wight season of the series was filmed in a new villa in Mallorca. The winners received the £50,000 prize. Apart from this, Davide is also the owner of S Deluxe Shisha

Based on some sources of information, the estimated net worth of the well-known personality, Davide is more or less £1 million. Probably, he might surely get large and big deals and become a millionaire in a short time because of his popularity through the show. Nevertheless, no other details are available about his annual salary, personal belongings, and other endorsements.

In regards to his personal life, he has finished the eighth season of Love Island as mentioned above with the love of his life, Ekin-Su Cülcüoglu. Astonishingly, the couple has won the heart of audiences, fans, and followers through their on-screen romance. Hence, it is a great matter of interest for the fans to know whether they will continue their relationship further in the future. However, there are no details about his past or earlier relationships. He does not seem to be involved in past affairs and matters.

The exact height of Davide Sanclimenti is 6 feet. On the other hand, his approximate weight is around 95 kg. Similarly, his chest size, waist size, and bicep size are 44 inches, 34 inches, and 19 inches respectively. With a great charming personality, Davide has a trimmed beard, fair complexion, and a perfect jawline. In addition, Davide's eyes are black in color and he has dark brown hair.

As a famous personality or celebrity, Sanclimeti is super active on different social media platforms. He has his official and verified accounts on Instagram, and Twitter. On Instagram, his username is @davidesancli, and has over 1.8 million followers. By the same token, his number of followers on his Twitter account is more than 500 followers. Nevertheless, does not seem to own any official account on Facebook. Probably, he will be active on Facebook as well in the future.