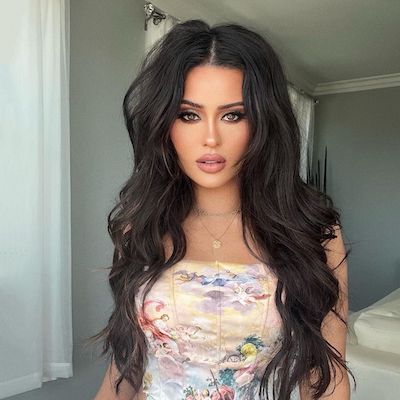 Christen Dominique is an American YouTube beauty sensation and freelance makeup artist with her own channel. Christen Dominique rose to prominence online, and her popularity has spread to her Instagram account, where she has over 1.5 million followers.

Christen Dominique will be 35 years old in 2022. She was born in Texas, USA, on February 5, 1987. Her zodiac sign is Aquarius. Similarly, she is of mixed race and has not mentioned the names of her parents or siblings.

She has been fascinated by fashion shows and make-up tutorials since she was a child. Similarly, she is of American nationality with Guyanese-Portuguese, Mexican, and Arabian ancestry.

Concerning Christen Dominique's professional life, she is a beauty guru, host, and actress with a large and loyal YouTube fan base. In February 2009, she began her career by showcasing her skills on YouTube by creating her self-titled YouTube channel. Her first YouTube video was a tutorial on how to use lip liner and lipstick to make the lips appear plump.

Similarly, she rose to prominence through her simple and innovative make-up tutorials, which led to her designation as a beauty Guru. She has also appeared on the ipsy Gen Beauty website. Her well-known video series include 'Drugstore Makeup Tutorial,' 'Easy 5 Minute Makeup,' 'Makeup Do's and Don'ts,' 'Full Face First Impressions,' 'Celebrity Looks,' and others.

Similarly, she is one of the few YouTubers to walk the Cannes Film Festival red carpet and has collaborated with brands such as L'Oreal, Sephora, and Urban Decay. She has also launched her own cosmetics line. She shares weekly inspired and fun tutorials on her favorite looks, which receive hundreds of thousands of views.

Her most well-known collaboration occurred when she teamed up with Patrick Simondac, a well-known make-up artist. She has also worked with other YouTubers such as Chrisspy, Sarahi, Sylvia Gani, Chloe Morello, and Jake Warden. Her makeup dos and don'ts' series received positive feedback as well. It was designed specifically for people looking for a professional make-up look.

Christien Dominique, a beauty sensation and freelance makeup artist, has amassed a sizable fortune as a social media influencer. Her own source of income has enabled her to live a lavish lifestyle. However, she has not publicly disclosed her net worth or annual earnings. According to some online sources, her net worth is around $1.5 million.

Christien Dominique is a married woman, according to her relationship status. She married her boyfriend Cesar Irias after being in a relationship for a few years. After a year, the couple welcomed a son, Jayden. The couple appears to be very happy and blissful, and they appear to have a perfect relationship with each other.

Beautiful and daring Christien Dominique has a wonderful personality and a fit body. She is 5 feet 6 inches tall and has a slim body type. Her weight is approximately 56 kg, and her chest-waist-hip measurements are 34B-24-34 inches. Similarly, she has hazel eyes and brown hair.