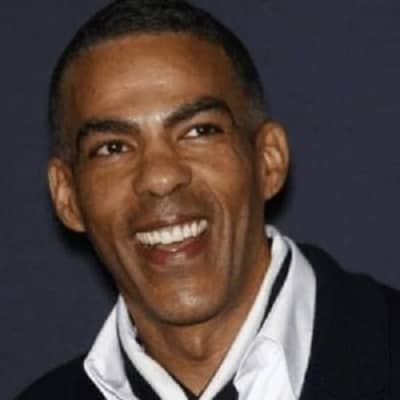 Chris Ivery is a celebrity husband and an American music producer. He is well-known as the husband of American actress Ellen Pompeo. Ivery's personal life has been somewhat contentious throughout his career, and he is well-known for it.

Chris Ivery was born on the 7th of February 1967 in Cambridge, Massachusetts, USA. Christopher Ivery is his full name. He has not revealed the names of his parents, relatives, or siblings if any exist. Similarly, Chris grew up in the "blue-collar" Boston suburbs, where crime rates were extremely high. As a result, at 19, he began to engage in antisocial behavior.

Furthermore, he is of American origin. His astrological sign is Aquarius, and he is a Christian. Moreover, he is of Afro-American ancestry. According to his academic credentials, Ivery attended Harvard University.

Chris is well-known for writing the lyrics to the song "Cheers (Drink To That)" for the TV show "Smash." The song went viral and became a huge hit in the music industry. He has appeared on television shows such as 'MTV,' 'Punk'd,' and the talk show 'Entertainment Tonight.'

Terms of his wife, Ellen Pompeo is an American actress best known for her role as the titular Dr. Meredith Grey on Grey's Anatomy, where she is one of the highest-paid actors.

He has earned a good living as a music producer and businessman. He is estimated to be worth around $70 million. In addition, he owns an expensive 'Range Rover' and a beach house in Malibu worth more than $6 million.

Chris Ivery first met Ellen in a grocery store in Los Angeles in 2003. They were friends at first but began dating six months later. Chris proposed to Ellen on her 37th birthday with a 3.5-carat diamond ring. On November 9, 2007, the couple exchanged vows at New York's City Hall. They have two daughters, Stella Luna Pompeo Ivery (born September 15, 2009) and Sienna May. (December 29, 2016).

Chris' life has been somewhat contentious due to his criminal history. He was sentenced to three months in prison for drug possession in 1987. He also served 15 months in a federal prison in Pennsylvania for accepting stolen property. In 1998, he was arrested for possessing a 10-pound UPS package of marijuana and sentenced to six months in prison.

During a Guns N' Roses concert in 2012, Ivery allegedly asked a young girl to accompany him home. The celebrity news website 'Hollywood Life' published an article about it. Soon after, rumors of Chris' divorce from Ellen spread like wildfire, but they were all false.

Ivery is a confident young man with a lot of charm and personality. He stands 6 feet 2 inches tall. His hair is black, and he has dark brown eyes.