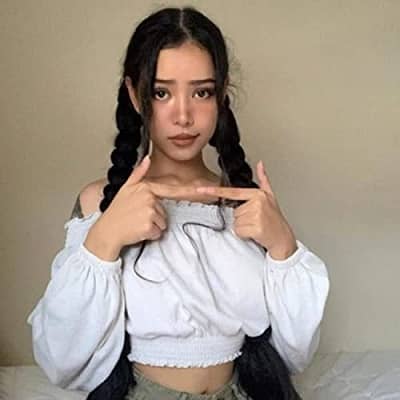 Bella Poarch is a prominent social media influencer, musician, and content creator. She is well-known for her lip-sync and comedy videos on her popular TikTok account. She started a TikTok account in 2020 and quickly became a TikTok sensation.

Bella Poarch was born in the Philippines on February 8, 1997. She was raised in the Philippines after being adopted by her adoptive parents. Bella Poarch was always interested in music and dreamed to be a musician since she was a child. She and her family relocated to Texas, United States of America when she was 13 years old. She encountered numerous problems after relocating to the United States and was bullied because of her heritage. She joined the US Navy when she was 18 years old and was stationed in Japan. She continued in the Navy for two years, until her contract terminated in 2019.

Bella Poarch began her social media career by creating a TikTok account in January 2020. She began posting viral comedy videos, which drew a lot of attention. She began posting videos on cosplay and video games in April. Bella Poarch's popularity skyrocketed in August 2020, when she began posting internet-famous lip-sync videos. The video in which she lip-synced to Millie B's song Soph Aspin Send was one of them. This video quickly became highly famous among fans, garnering millions of views in a short period. Bella Poarch became a big TikToker after posting a lip-sync video of Soph Aspin Send. Her TikTok account now has over 70 million followers.

Bella established a clothing brand named RIPNDIP x Paca Collaboration in 2020, based on the popularity of her social media career. She drew the attention of big E-sports companies including FaZe Clan and 100 Thieves in December 2020. She was also a popular gamer and live broadcaster at the time, so the groups were interested in her. She, on the other hand, started working on her music career in 2021. She was able to secure a record deal with Warner Records, a well-known American record label, in May 2021.

Bella made her big break when she released her debut single, Build a Bitch, on May 14, 2021. She also uploaded the official music video for the song on YouTube, which features Bretman Rock, Mia Khalifa, and Valkyrie, among other notable social media personalities. Poarch revealed in a podcast called The CouRage and Nadeshot Show that Build a Bitch is inspired by her own childhood experiences of being bullied due to her ethnicity and origin. She also stated that she wished for her debut single to inspire others to be more confident in their skin. The song also charted on the Billboard Hot 100 and the UK singles chart, where it reached number 56 and number 30 respectively.

Bella Poarch identifies as an Asian American and Pacific Islander (AAPI) and frequently expresses her support for the battle against anti-Asian bigotry. She attempted to popularize the cause by posting a TikTok video on March 19, 2021. Poarch enjoys getting tattooed and has several tattoos on her body. One tattoo in particular sparked debate because it resembled the Rising Sun Flag. The tattoo represented Japanese imperialism, which East and Southeast Asians found distasteful. In September 2020, she apologized and had the tattoo removed.

Bella is a singer and TikTok influencer, with her hard work she has earned about $12 Million US Dollars net worth and due to her influence on youngsters, she has earned around 6 Million dollars through advertising revenue.

Bella is a beautiful Philipino American whose height is 5.0 ft or 152cm and weighs 55 kg or 121lbs. She also has mesmerizing pair of dark brown eyes and long black hair. Moreover, her chest size is 28 inches, waist size is 23 inches, and hip size is 35 inches.

As she is an influencer, she is active on many social media like Instagram with 14.2M followers,  TikTok with 90.1M followers, and Twitter with 1.1M followers.