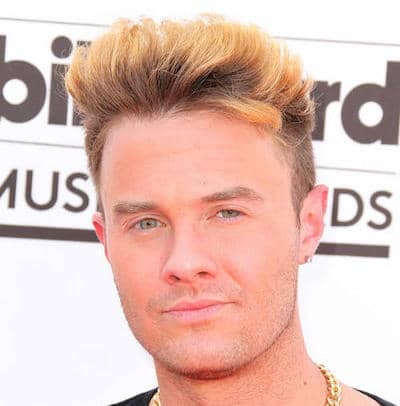 Parodies are entertaining and hilarious enough to make you smile in a matter of seconds. If you enjoy funny parodies, Bart Baker is your man. He has approximately 9.94 million subscribers on his main YouTube Channel, which speaks volumes about the enormous influence he has on today's youth.

On May 5, 1986, Bart Baker was born and will be 34 years old in 2020. Bartholomew Baker is his full name, and he was born in Chicago, Illinois. Among other names, he is known as Lil Kloroxxx, Master of Parodies, and King of Music Video Parodies. He grew up in Winnetka, Illinois, with Austin Smith, and he frequently appears in his videos.

Walter Baker is his father, and Janet Baker is his mother. In terms of education, he received a bachelor's degree in Film/Video and Art from the University of Miami. Prior to this, he graduated from New Trier High School.

Bart Baker is one of our generation's most popular YouTubers, and he has an exceptional rapport with the public. On December 1, 2006, he entered the world of social media and posted videos as an independent YouTuber until 2009, when he co-founded YouTubing. Baker's fortunes improved in 2011 when he signed a contract with 'Maker Studios.'

There was no turning back after this association, and he quickly began climbing the success ladder. Bart traveled up and down from Chicago for about a year before relocating permanently to Los Angeles. Bart passed the one million subscriber mark on his page on July 15, 2013, and his success graph has been climbing ever since. Bart is a rising star who has carved out an unrivaled niche for himself.

Similarly, he possesses an unrivaled sense of humor. He says the wittiest things without thinking twice about it, and this is his greatest strength. Unlike most YouTube parodies, Bart also highlights some of the most amusing parts of the original songs' lyrics. Some of his most well-known parodies include Katy Perry's "Dark Horse," Miley Cyrus' "Wrecking Ball," and Nicki Minaj's "Anaconda." These songs instantly connected with the audience, and Bart amassed a sizable fan base as a result. It's no surprise that his fans adore him.

Bart participated in the 2008 "Crash the Super Bowl" ad contest in the United States. Though his advertisement did not advance to the final round of selection, it received a high rating. Bart enjoys cars and owns the blue 'BMW X5' featured in his 'Get Your Roll On' parody.

When he was a child, his mother was diagnosed with breast cancer. This incident had such an impact on his mind that he now works with an organization called 'F#ck Cancer,' which raises awareness about this fatal disease. Bart intends to release his own album, titled 'Celebrities in 2017,' which will feature big names like Drake, Justin Bieber, and Taylor Swift.

Brat Baker has an estimated net worth of $2 million. The majority of his earnings come from parody videos, songs, songwriting, films, TV appearances, and other activities.

Bart Baker is in a romantic relationship with Shira Lazar. Since 2014, they've been together. The couple even bought a baby golden retriever and named him Bentley in 2017. Shira is a YouTuber who enjoys travel and adventure. Currently, she had traveled to the Everest Base Camp in Nepal.

Besides, there is no information about his previous relationships or affairs. Moreover, he has also kept a low profile and avoided rumors, scandals, and controversies. These scandals could jeopardize his personal life and professional career.

Bart Baker stands at a height of 1.85 meters tall, or 6 feet 1 inch, and his weight is around 75 kg. He also has beautiful light brown hair and captivating green eyes.

In terms of his social media presence, he joined Twitter in April 2009 and currently has 1.1 million followers. Similarly, he has gained 789k followers on Instagram. On December 2, 2006, he launched his self-titled YouTube channel, which has accumulated 10 million subscribers and 3,161,404,898 views. Moreover, he also has over 1 million Facebook fans on his official page.