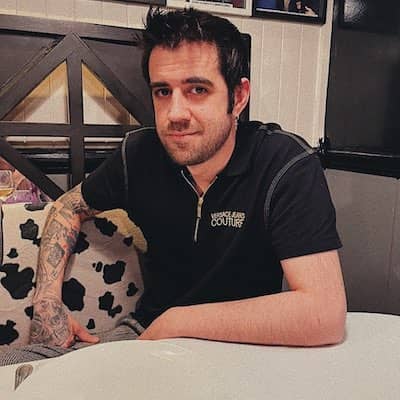 AuronPlay is a prominent YouTuber. He has over 28.8 million subscribers on his self-titled YouTube channel, AuronPlay, where he posts funny social commentary.

AuronPlay was born on November 5, 1988, in Barcelona, Spain. He was born under the sign of Scorpio and is 32 years old. He is of Spanish descent. Similarly, Raul Alvarez Genes are his full name.

Likewise, his mother's name is Silvia Genes Arenas. He also has a four-year-old older brother and a sixteen-year-old sister. Don Gato, his black cat, is also his pet. Similarly, he loves spending time with his family and his cat. On the other hand, he rarely talks about his family on social media. And wishes to keep them away from the limelight and social circles.

In February 2006, AuronPlay made its YouTube debut. However, in 2009, he released his first video, "Mis Aficiones." He started posting comedy videos, the majority of which had a social theme. His channel quickly gained traction, and his content became increasingly popular.

In December 2013, he launched Auron, his second YouTube channel. His new channel, which has nearly 13 million subscribers, is entirely dedicated to video game content.

Aside from YouTube, he has made a name for himself on Twitch, where he has enchanted viewers with his gameplay streams. On his channel, he mostly streams popular video game titles that his millions of followers enjoy. He is currently Twitch's second most followed streamer. Moreover, he has also achieved success on Instagram, where he has a large following.

His main source of earnings and income is YouTube. His net worth is estimated to be $9.9 million. He has also published 401 videos, with over 2.7 billion views.

Fake news about AuronPlay became popular on social media, particularly on Facebook. They treat him as an alleged terrorist and criminal, using old photos of him and false names like "Rodolfo" Alias "Naruto" Alias "Abduzca." According to the publication, he committed crimes such as exploding a car bomb, homicide, kidnapping minors, and drug trafficking throughout Latin America. Despite the fact that they sometimes regarded him as a hero who performed many good deeds.

Furthermore, many people believed it, while others did not because they knew the YouTuber, but the number of people who believed it was huge. Auron was amused at first, but explained that the problem had gotten out of hand, so they stopped doing it in bulk; however, they still do it, albeit less frequently. The same goes for Luisito Comunica and DrossRotzank. This continued later, and many people believed it, prompting him to make a sequel.

The hoaxes reappear later in his video REACTING TO MY MEMES # 5, and he is accused of creating the coronavirus, which many people believe.

AuronPlay may be single right now. He appears to be more focused on his career and YouTube than on maintaining a relationship. Perhaps he prefers to keep his personal and romantic life private and away from public scrutiny. He was previously involved with popular Instagrammer BJean, according to famousbithdays.com. Aside from that, no other information is available at this time.

His body measurements, such as his height, weight, and other body measures are not currently available. Moreover, he also has brown hair with a pair of dark brown eyes.

AuronPlay is active on all of his social media accounts. He has 25.8 million subscribers on his main channel and 9.05 million on his YouTube channel. Similarly, he has 11.7 million Instagram followers, 8.1 million Twitter followers, and 6.4 million Facebook followers.