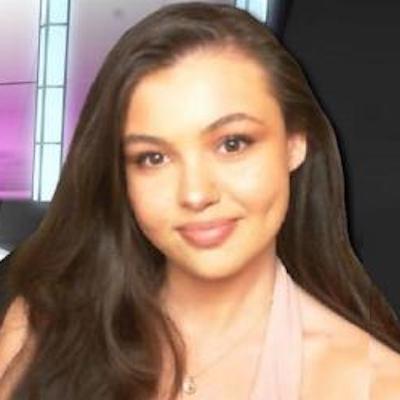 Amberry is an English gamer and YouTube YouTuber. For her YouTube channel, she typically produces material with a Roblox multiplayer game platform theme.

Amberry's creative idea of combining gaming with vlogging has allowed her to amass a sizeable following on social media. Although she produces vlogs, they are presented with a Roblox theme. Amberry initially produced a series of regular vlogs before exposing her identity once her channel reached a certain subscriber threshold. After she revealed her face, her fan base increased.

Amberry frequently works along with her younger sister, a well-known "Roblox" gamer and vlogger. On each other's YouTube accounts, the "Roblox" sisters have appeared in a number of videos. Amberry uses other social media sites less frequently.

Amberry was born in England on June 16, 1996. She is Pheoberry's elder by four years. Olive is the daughter of Amberry. Olive has been mentioned in a handful of Amberry's "YouTube" videos, but she hasn't yet shown her face. Amberry was romantically involved with Richerry, a Roblox player.

Amberry started her gaming career on YouTube, a social media platform. On March 31, 2017, she started her YouTube channel. In May of that same year, she posted her debut video, titled "BOYFRIEND VS GIRLFRIEND IN FASHION FRENZY | ROBLOX." The channel has a Roblox section. Amberry creates her "Roblox" games and then shows off how to play them in vlogs. Her videos are typically amusing vlogs like "get ready with me," "storytime," and trip diaries, but they are presented with a Roblox theme. She uses the "Roblox" characters she makes for her channel's material to relate her experiences. Even her sister Phoeberry participated in a Q&A video she made. They played their own "Roblox" avatars as they responded to questions from her admirers.

Amberry's distinctive style of vlogging has helped her gain a sizable following and advance both as a player and vlogger. Her channel contains a few videos that have received millions of views. One of them is "UNDERCOVER NOOBS | NOOB VS PRO | ROBLOX SOCIAL EXPERIMENT," another is "DANCE YOUR BLOX OFF HIP HOP DUO ROUTINE in Roblox | Hip hop Freestyle | Funny Moments," another is "EVERYDAY ROUTINE AT AMBERRY COFFEE SHOP | Bloxburg | Roblox Roleplay," and another is "CHRISTMAS EVE FAMILY ROUTINE The two most popular videos on the channel are "SHE KEEPS COPYING ME! | Roblox Fashion Frenzy | Funny Moments" and "EVERYDAY ROUTINE AS A PRINCESS AT ROYALE HIGH SCHOOL | Roblox Roleplay," which have each had over two million views.

Amberry created a "face reveal" video for her fans, who had been begging her to disclose her face, to celebrate her milestone of having amassed 100,000 members on the channel. The stunning gamer maintained her word and didn't let her followers down. She received a lot of praise for her appearance once the "face reveals" video was released.

Unfortunately, she has not yet developed the same fan base on her other social media platforms as she has on "YouTube." She shares an Instagram page with her sister Phoeberry as well as a Twitter account. There are no games on the combined Instagram page, "amberryphoeberry."

"SHE KEEPS COPYING ME! | Roblox Fashion Frenzy | Funny Moments" and "EVERYDAY ROUTINE AS A PRINCESS AT ROYALE HIGH SCHOOL | Roblox Roleplay" were her first videos to reach 1 million views. Additionally, she and her sister Phoeberry ran a joint Instagram account with the user name amberryphoeberry.