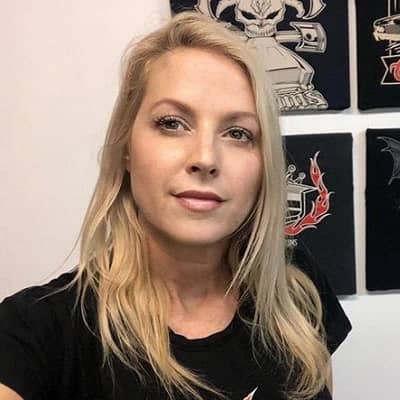 Amanda Martin is a television personality, business owner, and former top banking executive from the United States. She rose to prominence after co-starring in the reality series Iron Resurrection with her husband, Joe Martin.

Martin was born in Red Oak, Texas, on December 11, 1973. In terms of nationality, she identifies as American. She is currently 48 years old. Her parents are Zachariah J Keathley Jr. and Sandi Klapp Nafziger.

Her late father was a World War II veteran who died on November 1, 2006. She also has three siblings, Zack Keathley, Sandra, and Wendi Blank. In terms of education, she attended Red Oak High School in Texas, where she graduated from high school.

Amanda worked in the banking industry before beginning her acting career. She worked for Wells Fargo, a large international banking corporation headquartered in the United States. From March 2007 to December 2011, she worked for a company, rising through the ranks to become VP and Branch Manager.

Furthermore, Amanda is a businesswoman who has appeared on reality television, most notably as a recurring cast member on the show Iron Resurrection. She appeared on the show with her business partner, her husband Joe Martin, and their team.

Her most recent projects include work on a 1964 Lincoln Continental, Big Red Bobber, and a 1973 Pontiac Firebird, all of which have been featured on Iron Resurrection. Martin has been very active in promoting products that bear the company logo. Some of their car projects were later sold at charity auditions.

She has made a lot of money from her career as a reality TV star. Her net worth is estimated to be $300,000, but her exact salary, income, and earnings are still being determined.

Amanda Martin is married to her business partner, Joe Martin. It isn't much known about her marital life. They currently reside in Johnson City, Texas, USA. They have three children between them. She prefers to keep her personal life out of the spotlight. Her youngest child was reportedly diagnosed with cancer.

Amanda is 5 feet 8 inches tall and weighs approximately 65 kilograms. She has kept her body in good shape and has brown eyes and blonde hair.