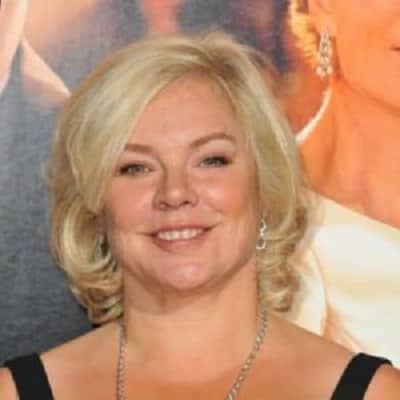 Alison Owen is a producer from the United Kingdom. Alison is well-known for producing the films Jane Eyre (Drama Romance) in 2011, Saving Mr. Banks (Comedy Drama) in 2013, and The Giver (Sci-Fi Drama) in 2014. She is also the producer of Instrumental (Biography Music).

Alison was born in Portsmouth, Hampshire, England on February 18, 1961. Mary Kathleen Owen and Peter Ronald Owen are her parents. Her father is a chief petty officer in the Royal Navy, and her mother is a dockyard worker in the Royal Navy. Owen also has an older sister named Jill Beatrice Owen. Alison is of American nationality and of Caucasian ethnicity. Moving on to his educational background, she graduated from University College London with a B.A.

Alison's net worth is estimated to be between $1 million and $5 million as of 2022. Aside from that, Owen has not disclosed any information about her salary or annual income. Furthermore, Alison appears to live a lavish lifestyle.

Alison Owen is currently married to British art director Aaron Batterham. However, there are no details about their wedding date or location. Aside from that, she is the mother of his husband's four children.

In the 1970s, Alison Owen was in a relationship with Andy Lavender. Sarah Lavender, the couple's first child, was born in December 1979. The couple, however, divorced. Alison Owen later married Welsh actor and television personality Keith Allen. In 1984, the couple married. Lily Allen and Alfie Allen are the couple's two daughters. The couple divorced in 1989, however.

Alison was also in a relationship with Harry Enfield, a British actor, and comedian. Unfortunately, the couple divorced while the reason remains hidden behind the curtains.

Alison is 5 feet 4 inches tall and weighs 60 kilograms. Owen also has dark brown eyes and short curly blonde hair. Alison's total body measurements are 36-25-35 inches. Owen also has a shoe size of 8 (US) and a dress size of 6. (US).