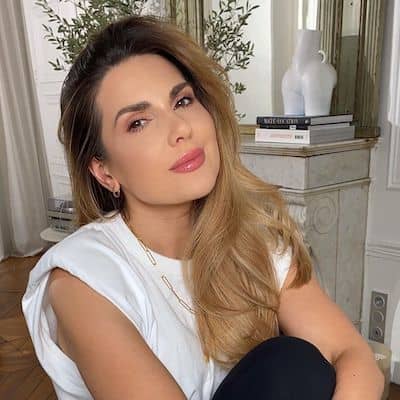 Ali Andreea is a prominent Paris-based makeup artist and YouTuber. She is well-known for her glamorous makeup tutorials on YouTube, where she has over 500k subscribers. She is also known for posting product reviews and vlogs on occasion.

On September 26, 1984, Ali Andreea was born in Romania. Her current age is 36 years old. Her astrological sign is Libra. However, she has not revealed any information about her family. However, given her successful career, we can assume that she had a very enjoyable and happy childhood.

Ali Andreea was a makeup artist for thirteen years before starting her own YouTube channel in 2015. Her first video, titled 'Simple Makeup for Beginners - with Tily Niculae,' was a simple makeup tutorial. This was followed by tutorials on smokey eyes' and 'how to contour and highlight.' Andreea shared 'Our wedding story' on September 7, 2015, which highlighted the highlights of her wedding day. Following this, a slew of makeup vlogs was released.

She published "How to Do a Cat Eye Look for Hooded Eyelids" in April 2017, in which she demonstrated one of the most popular makeup styles. This vlog drew a lot of attention from women, and it went on to become her channel's second most-watched video. The makeup vlog has now received over one million views (as of May 2019).

The makeup artist's most-watched video was published on June 24, 2017. Andreea shows two different results using the same makeup products in this video, "Makeup Mistakes to Avoid," to teach her audience the proper ways to apply makeup. She wants to advise women through the makeup video that even the best makeup products in the world are useless if you don't know how to use them correctly using the proper techniques.

This vlog has received over 10 million views and thousands of likes as of now. Her most recent video, 'My Nighttime Skincare Routine,' is a must-see for women who want flawless skin without the hassle. Her YouTube channel has over 550k subscribers and more than 30 million total views. She also has over 200k followers on her Instagram account.

In terms of her net worth, she has not revealed any details about it. She does, however, make a good living from Instagram by sponsoring, making ads, commercials, and so on. She also makes money from her YouTube channel.

Ali is candid about her relationship. She has a husband named Alex Rosu. He is a well-known celebrity photographer. As a result, their wedding was documented in the video "Our wedding story" released in September 2015. The lovely couple continues to feature each other on their respective Instagram posts, sharing encouraging words and expressing their love and affection for one another. Andreea currently resides in Paris, France, with her husband.

Furthermore, her relationship is going well with no indications of complications or problems.

She has not revealed any details about her body measurements. Similarly, she has not provided any information about her height or weight. However, based on her photos, she is quite slim and has a lovely body. She appears to be quite tall. Furthermore, she may have her own diet and workout routines to achieve her beautiful body. As a result, she has beautiful dark brown eyes and sparkling brown hair.